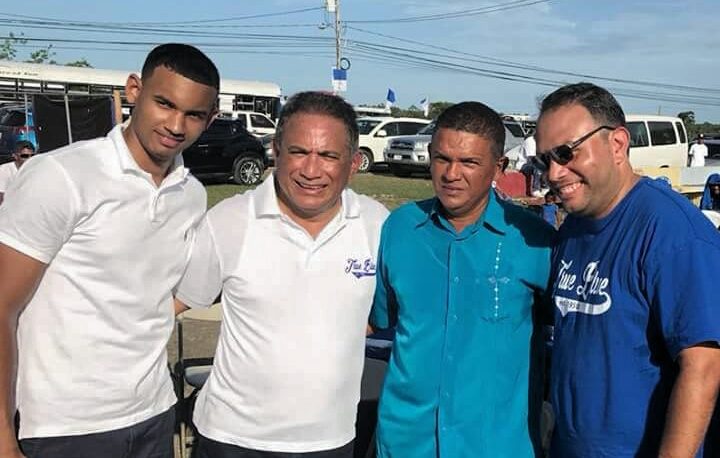 The event was held in Sand Hill Village and residents of that community and surrounding areas came out united to show their support for Leal.

Oscar Pollard welcomed the villagers of the Belize Rural North Division as they showed their support for Marconi as their new standard bearer.

Rodwell Ferguson, originally from Maskall, a village within the Belize Rural North Division spoke on behalf of his people in the Stann Creek West Constituency and stated that Leal is a great candidate to represent the people of Belize Rural North.

Leal’s son, Darren Leal, was also at the ceremony and spoke about his father’s character.

According to Darren, not only does he consider his father to be an honorable man, but also a person who has contributed wholeheartedly to the community’s development.

“He has been an educator for half of his life and has always been involved with sports and the community’s youths,” Darren told the audience.

“He is dedicated, amicable, delivers, and lastly a Christian, which are all traits of what a true candidate needs to demonstrate,” he further added.

Party Chairman Henry Charles said that he is confident that Leal will deliver the Belize Rural North seat for the PUP when the next general elections are called.

After being sworn in, Leal spoke of his plans for the Belize Rural North Constituency.

According to Leal, he believes that they have been neglected by the area representative Edmund Castro and the incumbent UDP Government.

Party Leader John Briceno said that Marconi is a fighter and he is confident that he will deliver a win for the PUP in Belize Rural North.