Candlelight vigil is scheduled for tonight in San Pedro Town 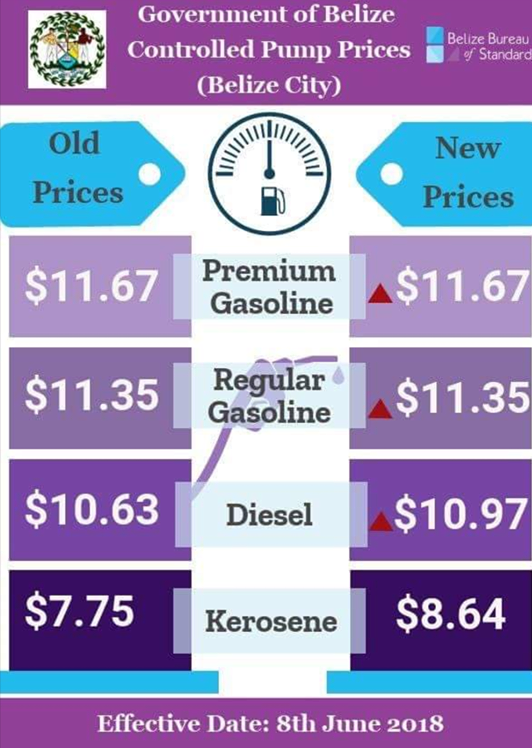 By BBN Staff: The Ministry of Finance today issued a second release in less than a week explaining that the recent increase in fuel prices are due exclusively to the global acquisition costs for fuel, which have skyrocketed in recent months.

“While Government taxes are a necessary and significant component in what is passed on to the consumer, those taxes have not increased since April 2017, and therefore, have not affected the recent spike in pump prices that Belize has been experiencing,” the release stated.

Almost all countries, including the USA, have been impacted by rising fuel prices.

“While taxes have not increased since 2017, there are those who argue that they should now be decreased. This year’s budget was premised on the taxes as they are, and lowering such taxes would adversely affect the budget, and removing essential funding for ministries, departments, programs, and service delivery generally to Belizeans,” the release further adds.

The ministry explained that for example, a decrease in fuel taxes by two dollars per gallon would remove 70 million dollars from the revenue, an amount that would completely de-fund the Judiciary, and the Ministries of Human Development, Agriculture, Transport & NEMO, and Works, and furthermore, public officers would not be paid and essential services provided by these Ministries to citizens would collapse.

According to the ministry, since world oil prices are reducing, Belizeans can expect to see a decrease in pump prices with the next shipment which is due by the end of next week.