Are you ready for Caye Caulker Lobster Fest 2018? 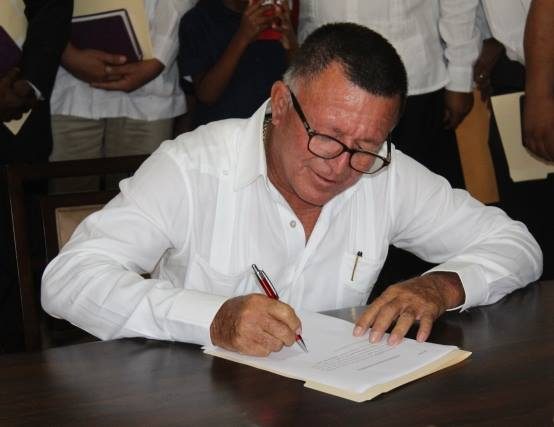 By BBN Staff: Earlier this week a fire in the Escalante Subdivision of San Pedro town claimed four lives of an unfortunate family who was killed in the blaze.

Clara Bacab, her two children and her niece were all burnt alive.

The tragedy has caused an outcry from the community and so we asked the Area Representative, Manuel Heredia Jr.  for a comment.

He firstly expressed his total shock and gave condolences to the family, which he said had strongly supported his political career.

“It was really bad especially the way that they were found,” he sighed.

He told BBN, that he learnt the fire was caused by a golf cart but conceded he did not get an official report from the Fire Department.

According to Heredia, the community is doing all it can to help “ease” the family’s plight.

A radiothon is being held today in addition to a dollar drive.

Heredia is asking everyone to support the initiatives.

He informed that the capacity of water that can be held by the fire trucks is minimal.

“It is better to get portable [water] pumps, mount it on a trailer so that you can immediately [utilize] if anything happens,” he said.

This idea has already been brought to Cabinet and shortly they will implement it, he added.