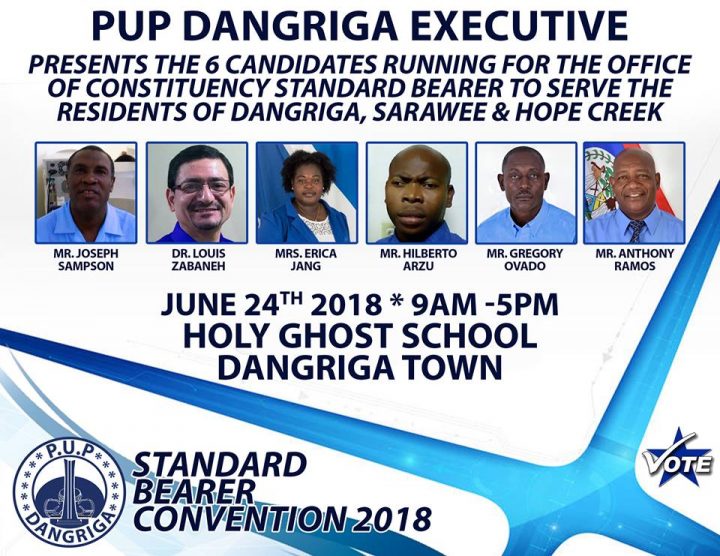 By BBN Staff:  Yesterday we reported that the People’s United Party (PUP) had allowed six candidates to contest its convention in Dangriga next Sunday.

Well, today we have received reports that that number has been cut to five.

That is because career lecturer and former Mayor of Dangriga, Joseph Sampson, has withdrawn from the race.

Today he posted to Facebook, “Kindly note that I Joseph Sampson for personal reasons have withdrawn my candidacy for the convention set for June 24, 2018, in Dangriga.”

According to him, he has notified the PUP’s leader of his decision.

“I will be meeting with my supporters in due course for them to be acknowledged and to keep our promises to them for the entire campaign period,” he added.

He continued, “Those who attended meetings and were booked to campaign will be treated fairly. Thereafter we will free them from any obligations to our campaign.”

In closing the former Mayor wished the other candidates well in the upcoming convention.

We note that since July 2015 the PUP has not had any Area Representatives in Dangriga.

The last PUP Area Representative was Ivan Ramos who resigned for personal reason and triggered a bye-election which the UDP’ Frank Papa Mena won effortlessly.