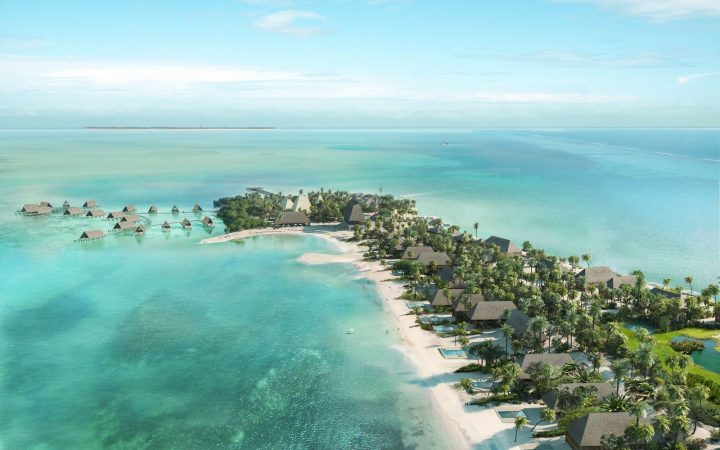 By BBN Staff:  Belize, while already regarded as a premier tourism destination, is quickly becoming known among travelers and hoteliers alike as a premium luxury destination, evidenced by a number of high-end properties set to be opened this year and in the next couple years.

TravelMarketReport, a popular online travel publication, in a recent article described Belize as the Caribbean’s next luxury getaway destination, noting a number of five-star properties expected to be opening in the country soon. It noted that apart from award-winning director, Francis Ford-Coppola’s Turtle Inn resort, several others have recently launched, helping to propel Belize into luxury destination status.

With a diverse landscape, including tropical islands and lush rain-forests, Belize is unrivaled for its world class scuba diving and snorkeling activities. The article adds that “…land excursions include experiencing the country’s rich culture, visiting more than 200 cayes filled with several preserved Mayan temples, as well as lush jungles and rain-forest canopies.”

It noted the recent opening of the Mahogany Bay resort and beach club by Hilton’s Curio Collection on Belize’s tourism Mecca, Ambergris caye. The boutique hotel features 205 cottage and villa-style rooms nestled among groves of coconut palms across a 60-acre waterfront site. It boasts luxury amenities like the Bay Club with a grand pool, bar and poolside spa treatments.

It added that Dream Hotel Group will be opening Unscripted Belize later this year, but will only be the 1st of two properties being developed by the company in Belize. Unscripted Belize will feature 24 beachfront cabanas. The boutique property will also feature an open-air concept with an outdoor restaurant and bar area, an expansive pool, and private boats for snorkeling and diving. The second property, Dream Belize, is expected to open in 2020 and will feature 100 guest rooms and suites. It will also feature 120 hotel condominiums, 40 residential suites, a number of restaurants and dining areas, three pools, a luxury spa and a fitness center. Both properties will be developed in southern Belize in the Stann Creek district.

President of Portfolio Management and Owner Relations for Four Seasons, Michael Crawford, told Bloomberg in another publication: “It really does remind me of the Maldives.” In 2021, Four Seasons will launch the Fours Seasons Resort and Residences Caye Chapel, with a mix of 100 guestrooms and suites, including a collection of over-water bungalows. The 280-acre site will include an 18-hole golf course designed by World Golf Hall of Famer, Greg Normanin, and a Fabien Cousteau nature and conservation institute.

Marriott International also has two properties under development on Ambergris Caye. Its namesake brand will feature a 203-key oceanfront property and the boutique 155-key Alaia will launch under its Autograph Collection in 2020. These don’t even include Leonardo Dicaprio’s Blackadore Caye eco-resort, which is expected to open later this year.

Belize has already recorded strong first-quarter tourism numbers and expected the recent upward trend of tourism arrivals to continue as the country makes significant efforts to market the nation as a premier destination with close proximity to North America.