Price up Premium goes up 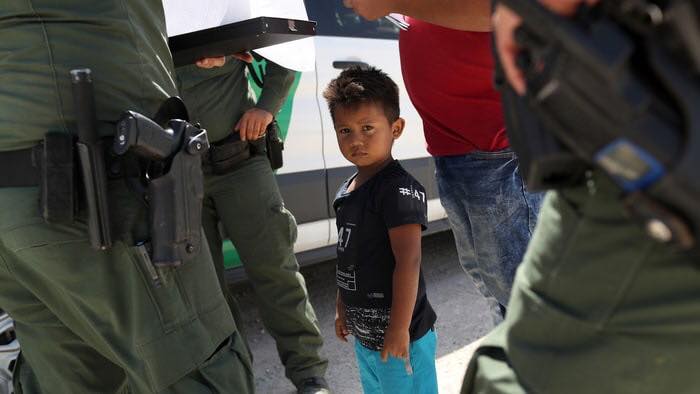 By Lisa Shoman:  Dear Embassy of the United States,

I was in service in 2001, on that terrible 9/11 when so many were murdered on the attack on the Twin Towers and the Pentagon. Belize stood in solidarity with you.

I had the honor as Foreign Minister of Belize to co-chair the Conference on the Caribbean in 2007 with Secretary of State Condoleeza Rice.

All of this I say to say that I have served with pride in your country. I am however a deeply concerned human being. As a private citizen, I can now exercise that privilege in a way that I could not as a Belizean Ambassador, Foreign Minister or Senator.

The government of your great nation has instituted a new policy that affects any migrant family entering the U.S. without a border inspection. Parents are being prosecuted for this minor misdemeanor and incarcerated . Their children are separated from those parents and “warehoused” in facilities which include an abandoned store and a tent city.

According to one legal expert, “The parents then typically plead guilty to the misdemeanor and are given a sentence of the few days they served waiting for trial. But then when the parents try to reunite with their children, they are given the runaround—and possibly even deported, alone. The children are left in HHS custody, often without family.”

You have apparently also instituted a new policy that even when a family seeking asylum and is compliant with immigration law, arrive at a border-entry location, children are taken away from their parents.

Your rationale seems to be that because you wish to keep parents in immigration detention while their asylum cases are adjudicated, you are separating children from their parents.

Your own laws compel compliance with the civil rights case of Flores v. Reno which dictates that you are not permitted to keep kids in that kind of detention, so the Trump administration says they have to break up the families.

This must be a terrifying experience which terrorizes children who cannot understand what they have done to deserve this.

In fact, your government does not have to break up families—it is the choice of your current government to jail people with credible asylum claims who haven’t violated any laws. That is what is causing these heartbreaking family separations.

This is not the America I lived and worked in. It is unworthy. It is wrong. And I condemn the implementation of these inhuman policies in the strongest possible terms.

But today, I will also choose hope.

I truly hope that my friends and those of my family members who are US citizens will use the political power that you have and call, write, tweet, and message their Member of Congress and/or Senator and register their complete and utter disapproval of the cruel and inhumane policy of separation of families by US Border Patrols, and of interning thousands of children in warehousing facilities, abandoned box stores and a tent city.

It is a truism that the only thing necessary for the triumph of evil is that good people do nothing. This demands a response. This demands repudiation.