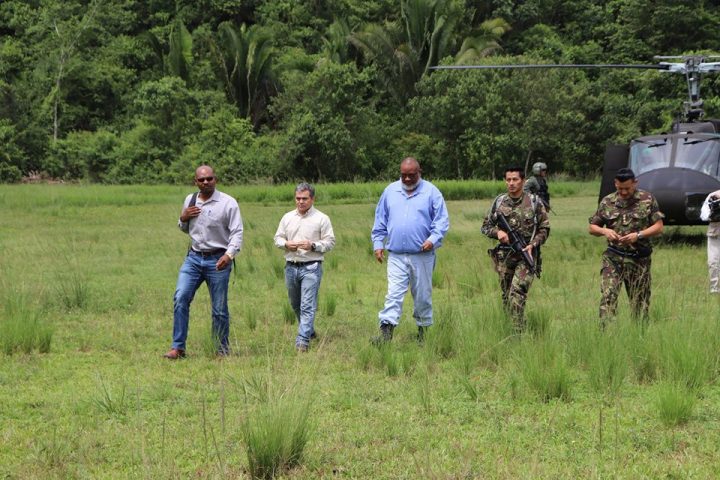 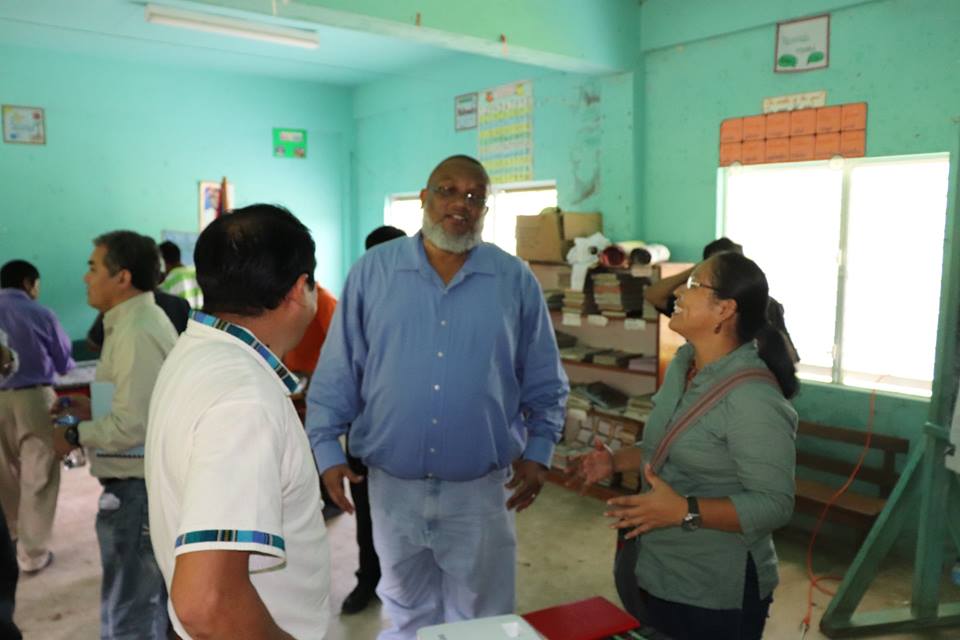 By BBN Staff:  On June 20, Mayan leaders of the Belize border villages with Guatemala held a meeting with officials from the government of Belize in Dolores village to discuss the recent increase of incursions on their village lands.

The meeting was facilitated by the Maya Leaders Alliance and Toledo Alcaldes Association.

The villages of San Vicente, Jalacte, San Benito Poite, Otoxha and Dolores were represented by their Alcaldes and Village Councils.

The meeting comes on the heels of the border villages’ call upon the government to dialogue directly with them in an effort to seek effective solutions to the problems they have been facing on the frontlines as a result of the Guatemalan government’s claim over Belize.

At the meeting, the Maya leaders described the hardship that the unfounded claim has caused to the daily lives of the villagers, their safety and security.

In addition, the leaders described bold land grabbing; the exploitation of natural resources and a lack of respect for the Adjacency Zone.

In addition, the Maya leaders explained that the result of the recently held referendum in Guatemala has placed extreme pressure on the villages.

Those persons causing the incursions have been emboldened by the “Yes” vote to go to the International Court if Justice and claim that the lands in Belize are now for Guatemala.

For this reason, they are moving unto Mayan village lands in Belize.

The people causing the incursions no longer respect the customary process of the Maya villages resulting in the recent massive clearing of lands in Dolores and Otoxha village.

The Government of Belize updated the Maya Leaders of actions they have taken to immediately arrest the most recent incursions and also provided an overview of what they have observed along the border as of recent.

The Maya Leaders submitted to the government officials a list of recommendations aimed at:

1.      Protecting the border, lands and resources of Belize

2.      Reporting, monitoring and policing the border

3.      Recognizing the importance of collaboration with village leaders on border issues

4.      Rectifying questionable status of persons living in Guatemala but claiming to hold Belizean documents and claiming residence in Belize all the while using that status to grab lands and exploit resources

The Ministry of National Security and Defence committed to the Maya Leaders that they will carefully review the recommendations and respond to the leaders in a timely manner.

The government delegation and Maya leaders both agreed that there is need for greater collaboration to curb incursions and the illegal exploitation of Belize’s natural resources by Guatemalans.

Both parties agreed to a second round of engagement that will focus on developing practical measure for long term solutions to the border issues while the broader government effort to resolve the claim continues.

President of the Toledo Alcaldes Association, Santiago Quib in his remarks emphasized that, “the challenges faced by our villages along the border are the same. For this reason we have resolved to collectively look for ways to address these problems and ask the Government of Belize to be there with us. We have a duty to protect our lands and resources and cannot allow for the loss of our lands and resources or for these border incursions to expand and be inherited by our children.”