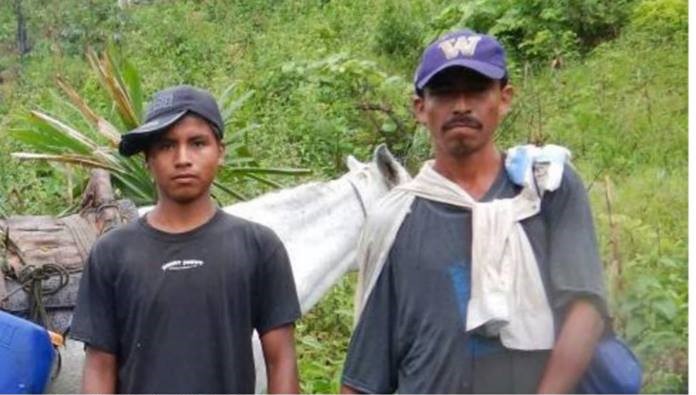 According to FCD, rangers and BDF personnel were in the area of Cebada, southern Chiquibul National Park when they met two farmers inside the park. The two persons had two horses and were identified as Guatemalans, Benigno Oroman Perez,42, and Elder Danilo Oroman Perez, 17.

After rangers interviewed them, they acknowledged that they were in Belizean territory and claimed to have been farming in the area for the past eight years.

The Guatemalan farmers were detained and escorted to the San Ignacio Police Station where they await charges of illegal entry and illegal cultivation.

Cebada has been a hotspot area ever since FCD started to co-manage the area in 2007 but due to its remoteness, it was difficult to maintain a steady patrol program.

FCD says that with the launching of the Cebada Conservation Post that is now changing.

Agricultural farming is one of three main threats to the degradation of the Chiquibul ecosystem and FCD is still analyzing the data to more accurately inform on the state of agricultural activity in the Chiquibul Forest for 2018.

FCD along with its Guatemalan counterparts have been informing the people via radio announcements of the rules and regulations that govern Belize’s protected areas and the penalties for infringing the laws.

The purpose has been to make Guatemalan farmers aware of the consequences and reduce further expansion of the agricultural frontier.