Police who shot man in Camalote under investigation but not interdiction 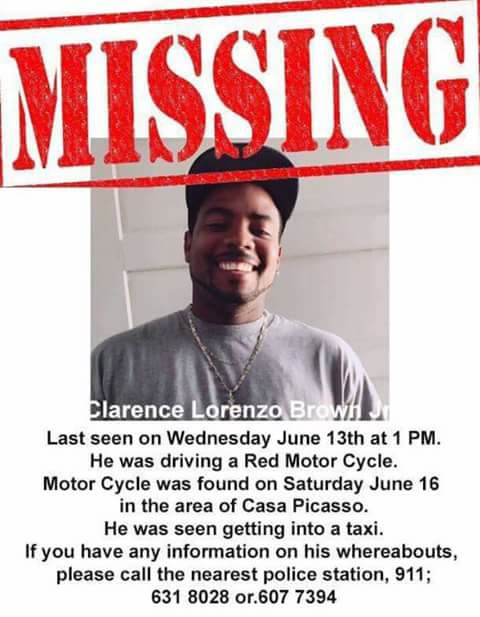 By BBN Staff: On June 21, Lavern Brown reported to San Pedro police that her son Clarence Lorenzo Brown, 25, had gone missing since mid-June.

Brown told police that her son, a tour guide of the DFC area of San Pedro Town had told the family that he was going to quit his job with his current employer and would commence employment at a new resort.

However, on June 13 was the last time anyone saw or heard from him.

During an interview with his supposed new employers, they told police that Brown never made it to the establishment.

According to sources close to the family, Brown was a witness to a recent murder on the island. Additionally, his motorcycle was found abandoned near an un-named business on the island.

However, Assistant Superintendent of Police, Alejandro Cowo, could not confirm these reports during a press conference today.

Brown is described as having a brown skin complexion, measuring six feet tall and always carrying a cap.

He has a tattoo on his neck bearing the name of his mother.