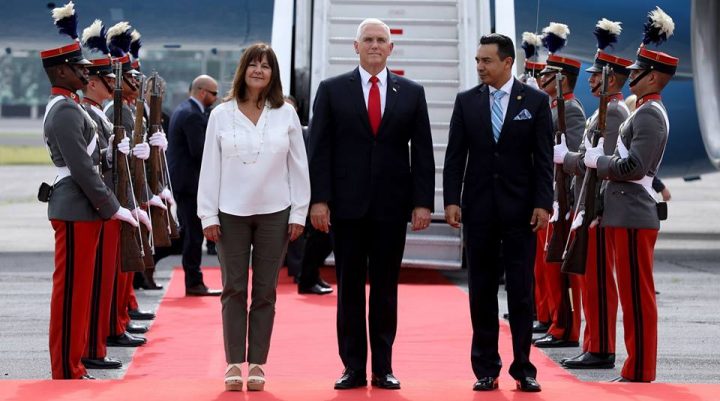 Pence is currently on a tour to Latin American countries including Ecuador, and Brazil.

The countries are home to many immigrants caught trying to enter into the United States of America illegally.

Local Brazilian media reported that on his visit to Brazil, Pence stated “To all the nations of the region, let me say with great respect, that just as the United States respects your borders and your sovereignty, we insist that you respect ours.”

Furthermore, Pence urged residents of the Central American nations to enter the US legally or “don’t come at all.“

Pence‘s visit and statements come amidst intense scrutiny of the Trump‘s administration‘s ‘zero tolerance‘ policy that led to the separation of many migrant families at their Southern border.

The purpose of his trip to the country is focused on discussing immigration.

While in Guatemala, Pence’s wife Karen met with victims of Guatemala’s Fuego Volcano that killed many people on June 3, and left over a million people displaced.