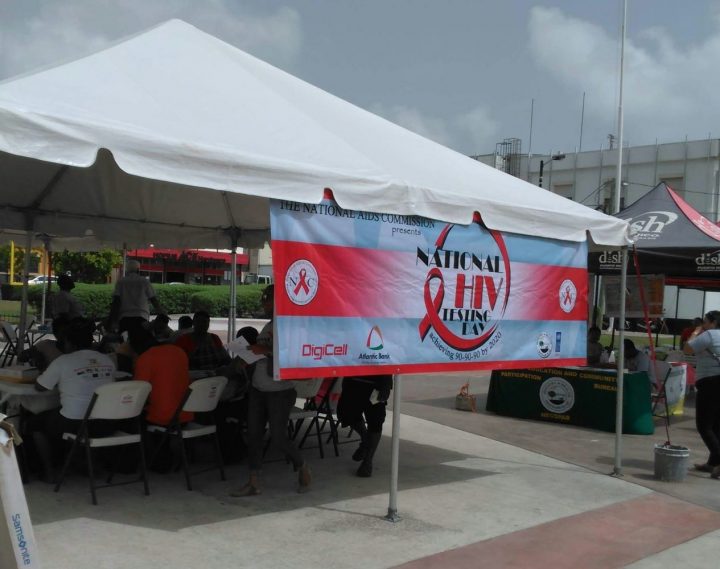 By BBN Staff:  The National AIDS Commission (NAC)said today that the first installment of its new initiative “National Testing Day” was an encouraging success.

The event featured free HIV testing at eight sites countrywide, as well as pre and post counseling sessions. The testing sites included the Polyclinics in San Pedro and Corozal, the Central Parks in Orange Walk and Punta Gorda, the Belmopan City Police Station, the San Ignacio Welcome Center, the Courts Parking Lot in Dangriga, and the Battlefield Park in Belize City.

The commission is still tallying the official figures but as of day’s end, there were 292 tests conducted in Belize City alone, which surpassed the original target of 250. The Belmopan and San Ignacio testing sites have also reported almost 200 tests each as the figures keep rolling in.

Arthur Usher, Communications and Programs Officer for the NAC, explained that the target was around 1,200 and that the initiative is well underway to matching and exceeding that target.

“We’re seeing a shift in the way society is perceiving HIV testing. We’ve had single people, and even couples come in to get tested together, so it is very encouraging to see this new approach,” Usher said.

He noted that the initiative forms a part of Belize’s 90-90-90 goals, which speaks to 90 percent of the population knowing their HIV status; 90 percent of HIV positive persons on antiretroviral treatment; and 90 percent of those on treatment staying on that treatment by the year 2020.

Usher noted that Belize has around 50 percent coverage on the first target and that the NAC is rolling out several programs to address the treatment and adherence targets.