Teen gunned down on Lovely Lane in Belize City 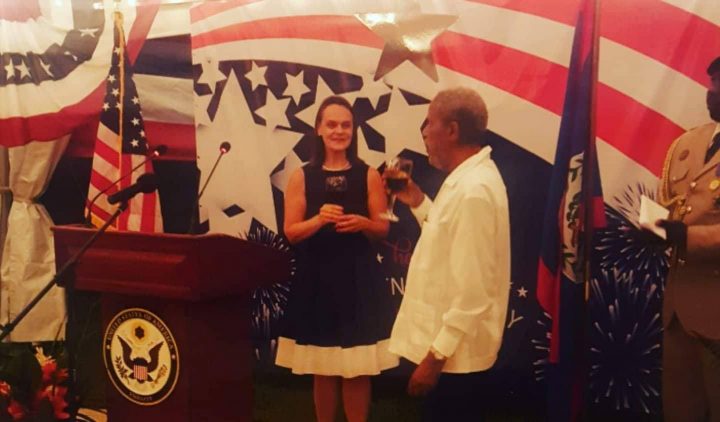 For the first time in Belize, American Marine Guards  presented the American flag.

Galanek in her address, highlighted the great partnerships cemented by the US Embassy in Belize and the Government and people of Belize.

Also joining in on the celebration was Dr. Paul Whisnant.

Whisnant is the founder of International Servants and has served as a Missionary in Belize since 1990, and as the Honorary Humanitarian Ambassador since 2017.

Last week, Whisnant hosted a team of 70 volunteer doctors from the United States last week who treated hundreds of patients throughout Stann Creek and Toledo.

This week, Whisnant is hosting a team of 30 volunteers who are leading youth programs in rural schools.