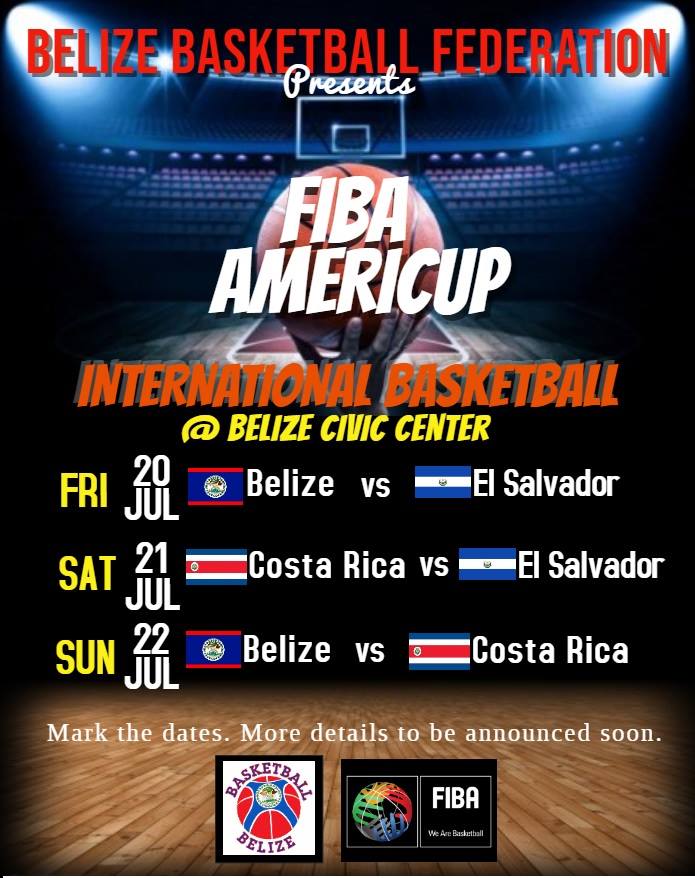 By BBN Staff: Today, the Belize Basketball Federation (BBF) announced that Belize has been selected to host the Central American Championship qualifiers for the FIBA Americup tournament.

The FIBA AmeriCup (previously known as the FIBA Americas Championship) is the American Basketball Championship that takes place every two years between national teams of the Western Hemisphere continents.

BBF also informed that due to unforeseen circumstances, three countries (Guatemala, Honduras, and Nicaragua) have withdrawn from the previously scheduled ‘home and away’ Central American qualifiers.

To maintain the FIBA Americup tournament timetable, FIBA has decided to have the Central American championship games hosted in a single location.

The Belize Basketball Federation is honored to have been offered the opportunity to host.

On Saturday, July 21, 2018, El Salvador will face off with Costa Rica and on Sunday, July 22, 2018, Belize will close the tournament against Costa Rica.

Game times and further details will be advised once they are finalized.

This is an important championship with the chance to advance to the next round in the FIBA Americup tournament, to play against countries from other regions in the America’s hemisphere.

The FIBA Americup gives us a route for possible selection in FIBA’s Olympic qualifying tournaments in 2020 to participate in the Tokyo 2020 Olympic Games.

BBF will announce the opening of tryouts and training camp later on.

The federation says that it is counting on the support of all Belizeans as it embarks on this exciting journey.