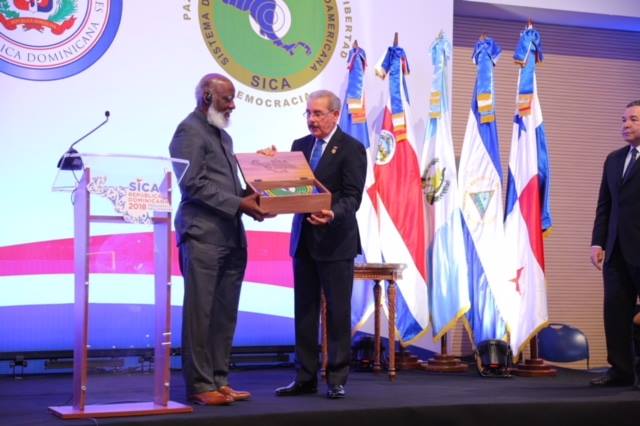 Elrington congratulated the Dominican Republic for its stellar leadership of the SICA during the term of its Presidency, and in particular for its focus on the mandates of social integration, and on the enhancement of inter-regional trade and investment.

Elrington pledged Belize’s full support in advancing the efforts of the Dominican Republic on the implementation of SICA’s regional agenda.

Elrington also informed that Belize will seek to consolidate the strengthening of relationships between CARICOM and SICA particularly in areas of shared priorities.

Belize intends to focus on the agreed initiative to develop a Plan of Action that addresses the social, economic, cultural and political development of the people of the Afro-Descendants in line with SICA’s commitment to the objectives of the International Decade for People of African Descent.

In December 2018, Belize will be handing over the Presidency Pro Tempore to the government of Guatemala.