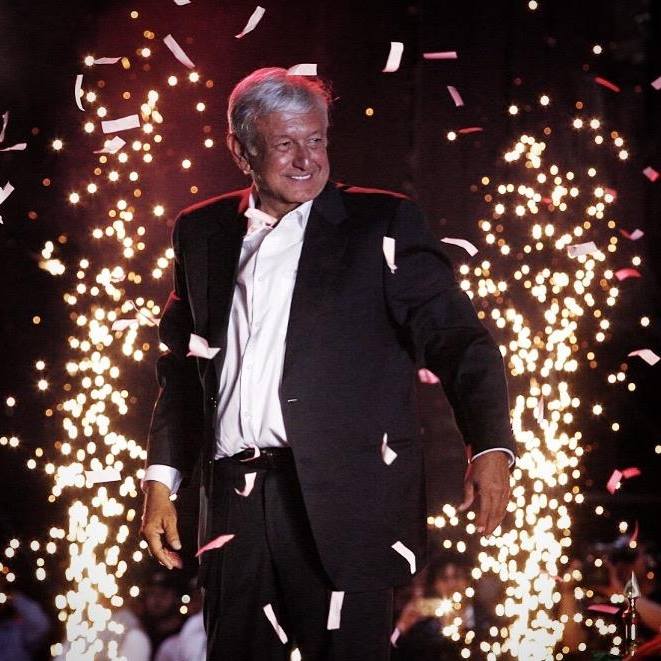 By BBN Staff:  Yesterday, Mexicans went to the polls to cast their votes and elected a new President.

At the end of counting, leftist politician, Andres Manuel Lopez Obrador emerged victorious garnering 53% of the total votes cast in the presidential elections.

This is Obrador’s third time running for President of Mexico.

There are three major Political Parties in Mexico, the National Action Party, the Party of the Democratic Revolution and the Institutional Revolution Party.

Former President Calderon belonged to the National Action Party, Pena Nieto is a member of the Institutional Revolution Party while President elect, Obrador, is the leader of the Party of the Democratic Revolution.

Often described a populist, Obrador was able to garner major support from the indigenous communities as well as most of Mexico’s private sector.

For Obrador’s 2018 presidential campaign, he went with the slogan, “Together we will make History.”

With his victory, Obrador is the first leftist to govern Mexico in decades.

Obrador’s supporters gathered by the thousands last night at Mexico’s main plaza to celebrate the victory.

Just after the results became official, United States President Donald Trump congratulated Obrador and tweeted, ” I look very much forward to working with him. There is much to be done that will benefit both the United States and Mexico.”

In his speech, Obrador expressed his commitment to the service of all Mexicans and not to a ‘minority’. He also said  “I want to go down in history as a good president of Mexico.”