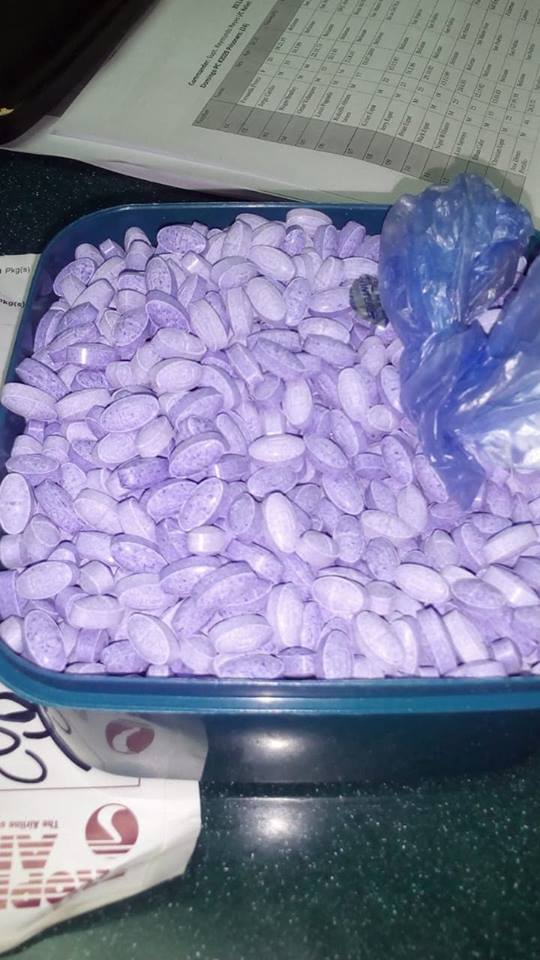 By BBN Staff: Three people in Spanish Lookout were arrested and charged on Tuesday after police found them acting suspiciously, eventually leading to a large bust of the prescription drug Oxycodone, a powerful painkiller often abused for the strong high it provides.

According to police, a mobile patrol on Riverside street in the town saw Hondural national Sofia Sorto, 25; along with Justin Toralla, 29 and Ricardo Chanek, 31, both from Benque acting suspiciously. Police then stopped and performed a search on each of them. Nothing was discovered on any of the three, however, police later found a knapsack with the drugs in close proximity.

Police opened the knapsack and found a substantial amount of the controlled substance. Based on images provided by the police department, there were three large tightly sealed parcels and another container filled with Oxycodone tablets.

Since Belizean laws state that anyone in the immediate vicinity of illegal drugs are deemed to be in its possession, police arrested and charged all three. They have since been remanded to prison.

Recently on July 6, similar tablets amounting to 896 grams were also found in a San Pedro warehouse and police have been awaiting testing, which was scheduled to take place today.

Police are currently unaware of the value of these drugs and have been investigating to see whether both incidents are related.