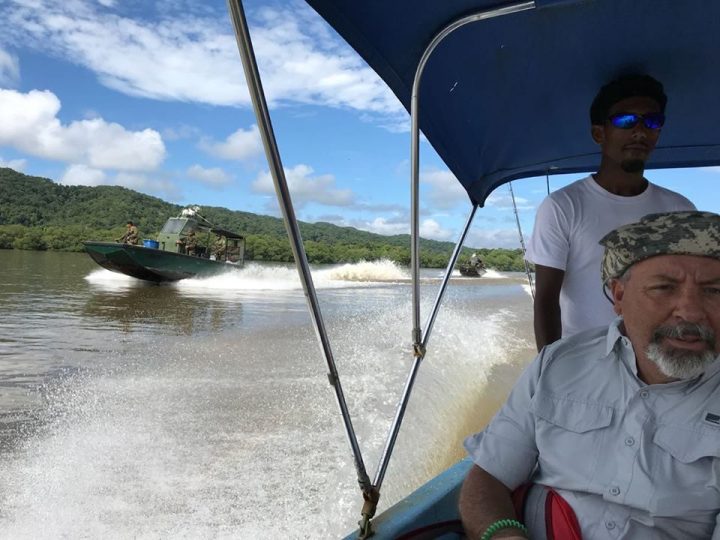 By BBN Staff: Yesterday, the Belize Territorial Volunteers (BTV) embarked on an expedition to Graham Creek in Southern Belize. However, on their way to Graham Creek through the Sarstoon River, Wil Maheia and members of the BTV were intercepted and stopped by Belizean authorities who requested permission from their headquarters to allow them to continue on the river.

Once permission was granted, Belizean authorities were escorting the BTV crew when they were immediately joined by members of the Guatemalan Armed Forces (GAF) inside Belizean waters.

According to Maheia, the Guatemalan authorities were trying to stop them from going further into the river, however, they continued on their journey because they were in Belizean waters.

This week, the BTV issued a strongly worded release condemning the comments made by Belize’s Foreign Affairs Minister, Wilfred Elrington on his pro stance on the ICJ matter.

At this time, there is still no protocol for the Sarstoon River.