US Embassy in Haiti protected by Marines 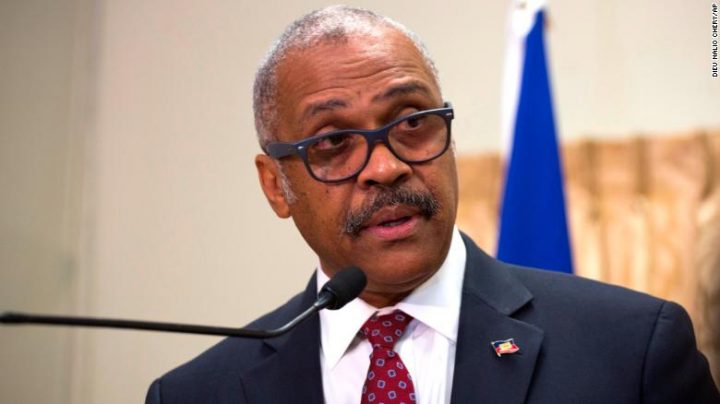 inister of Haiti, Jack Guy Lafontant resigned yesterday amid deadly protests that were sparked by his plan to raise fuel prices.

According to a report from the Wall Street Journal, Lafontant informed Haiti’s Chamber of Deputies that he sent his resignation letter to President Jovenel Moise.

Via his personal Twitter account, Moise confirmed that he accepted Lafontant’s resignation along with those of other cabinet members.

The resignation came after massive riots and calls for Lafontant to step down and Moise to name a new Prime Minister.

After the President, the Prime Minister is the second highest official in Haiti.

Lafontant’s failed plan to raise fuel prices was part of an agreement with the International Monetary Fund to improve the economy of the country. The country would have seen a 51% increase in their gas prices.

The unrest led to the deaths of 7 people.

Just after the protests erupted, Lafontant suspended the fuel price increase but the protests continued calling for his resignation.

Lafontant took office in March of 2017 and had previously indicated that the gas price hike would be necessary for Haiti to balance its budget.

President Moise will nominate Lafontant’s replacement and the Senate will confirm whenever the candidate is announced.