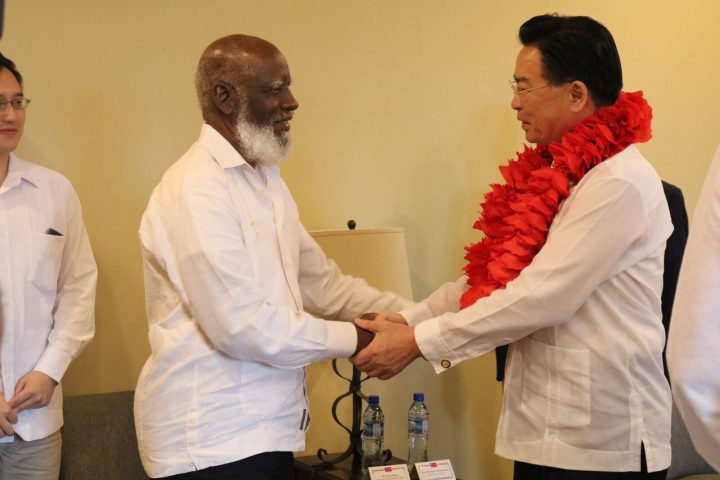 By BBN Staff: Today, Joseph Wu, Minister of Foreign Affairs of the Republic of China (Taiwan), began his two-day visit to Belize on the invitation of Belize’s Foreign Minister, Wilfred Elrington.

In a brief ceremony this afternoon, Elrington conferred the Order of Distinction on Wu in recognition of the friendly relations between Belize and the Republic of China (Taiwan), and the valuable contributions Taiwan has made to Belize’s development over the nearly three decades of friendship.

As a part of his visit, Wu met with parliamentary leaders and toured the National Assembly of Belize.

The high-level meeting is an indication of the importance of parliamentary diplomacy between the two countries.

Wu and his delegation will end their visit on Tuesday, July 17, 2018, after a short tour in Belize.

Wu is accompanied by his wife Madam Ru-Yuh Su.

This is Wu’s first visit to Belize.

Belize and Taiwan established diplomatic ties in 1989, and have enjoyed strong bilateral relations ever since.

The visit is expected to further strengthen relations between the two countries.