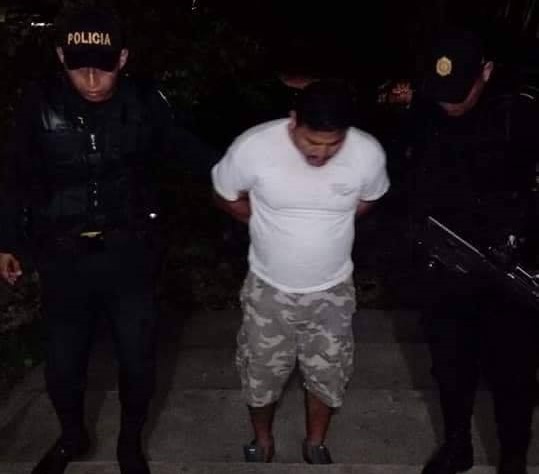 By BBN Staff: Yesterday, Breaking Belize News reported that a Belizean businessman was busted in Melchor, Guatemala with guns, ammo, and an assortment of currencies from different countries.

The men are now facing charges for illegal weapons and drugs in Guatemala.

The two men had in their possession 2 rifles, 75 rounds of ammunition, 2 ounces of marijuana and a couple thousand dollars mostly in Quetzal, Belize, and US currencies.

Duarte is a well-known businessman from Benque Viejo del Carmen operating a cigarette import business inside the Free Zone at the Western Border.

According to a report from 7 News Belize, Duarte and a Chinese associate are the sole agents for modern cigarettes in Belize.

The cigarettes are imported from China in massive amounts and on a monthly basis and are then sold to Guatemalan merchants who ‘smuggle’ it inside the country.

The report from 7 News Belize is also indicating that Duarte was at his mother in law’s home in Melchor when he was arrested along with Mengibar and he holds Guatemalan citizenship.

Due to the high import taxes on cigarettes in Guatemala, cigarettes are in high demand and has become a very lucrative business for Duarte and his Chinese business associate.

Belizean authorities reacted quickly to Duarte’s detention and launched an investigation to see if Duarte is involved in illicit activities in the country.