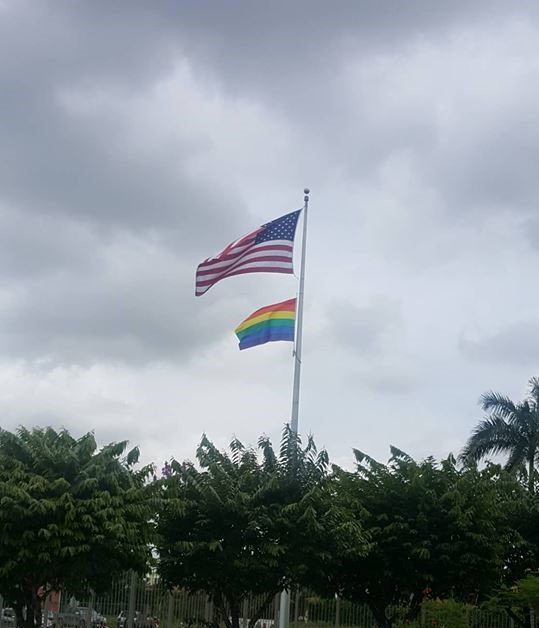 By BBN Staff: Republican Jeff Duncan of South Carolina, United States of America is leading the charge among members of the ‘Grand Old Party’ (GOP) to propose a bill that would prevent U.S. Embassies around the world from flying gay pride flags.

The bill also proposes to ban all other flags from being flown with the American flag, not just the rainbow flag.

Several US Embassies around the world have celebrated Pride Month by raising and flying the rainbow flag which symbolizes ‘Gay Pride’ at their embassies.

On Thursday, July 19, 2018, the bill was introduced and supported by 26 Republicans.

In an article from the Washington Examiner, Duncan explained that the flag of the United States is the single, ‘ greatest symbol of freedom the world has ever known, and there’s no reason for anything but Old Glory to be flying over [their] embassies and posts around the globe.”