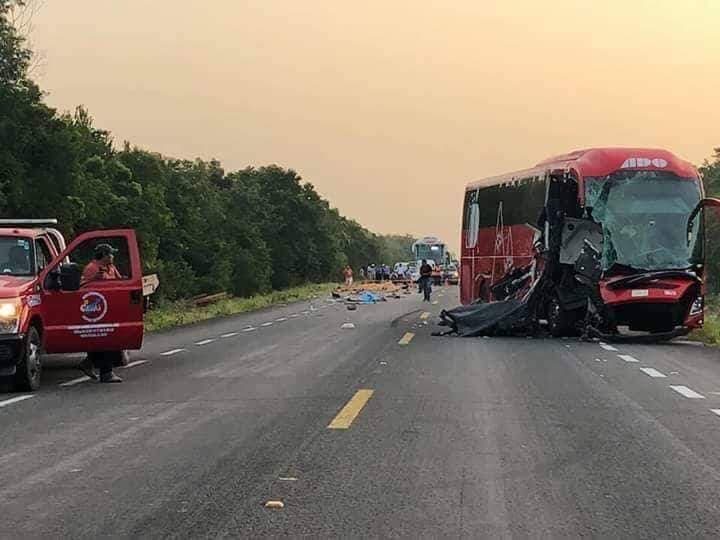 By BBN Staff:  Yesterday we reported on an accident in Bacalar, Mexico, during which the lives of 13 Belizean basketball players were jeopardized.

In an interview with one of the players from the Belmopan Trojan team last night, he told BBN that they were returning from a tournament in Canun, Mexico, at about 3 a.m. yesterday morning.

They revealed that the driver of their ADO bus was trying to overtake a vehicle but while doing so collided into a trailer truck coming in the opposite direction.

As a result, a Mexican national driving in the trailer truck died on the scene. Additionally, a presumed Belizean national from Corozal was flung out of the ADO bus to his death.

Before Mexican police arrived, the driver of the ADO bus fled the scene.

We are told that the owners of the ADO bus company ensured that the Belizean athletes received a medical checkup before making their way home.

One of the Belizean athletes suffered a broken nose. The others received minor injuries.

Last night several of the athletes remained at the northern border waiting on a bus from the Ministry of Foreign Affairs in Belmopan.

We can confirm that the team is now back at home in Belmopan.