Ministry of Health to receive US$150,000 for progress in the health of most Belize’s vulnerable populations – women and children 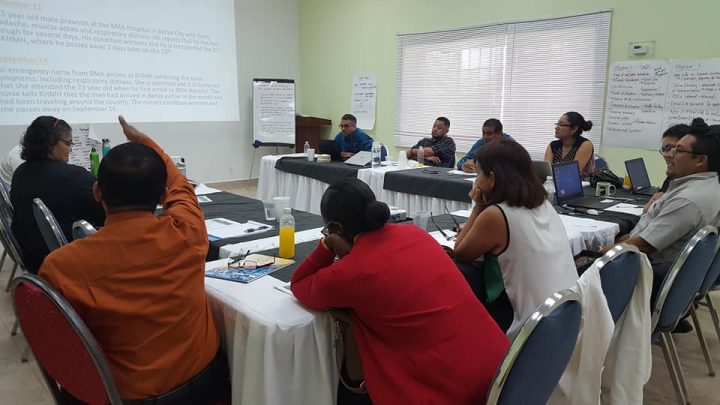 By BBN Staff:  The Ministry of Health today announced that it will receive an award of US$150,000 dollars for having met the objectives of the second operation of the Salud Mesoamerica Health Initiative project.

The results of the second operation of the Salud Mesoamerica Health Initiative (SMI) (2012-2017) show important advances in access to quality healthcare for the most vulnerable 20% of the country’s population.

The use of oxytocin, a hormone that speeds up delivery and reduces the risk of heavy bleeding during childbirth, increased from 34% to 98.7%; and the number of infants receiving quality care after delivery went from 19.4% in 2013 to 88.7% in 2017.

During the second half of 2017, an independent evaluation performed by the Institute for Health Metrics and Evaluation (IHME) showed that Belize has been able to meet ambitious targets in the timeliness, coverage, and quality of health services for women and children in indicators such as prenatal care, institutional delivery, postpartum care, and vaccination for children ages 0 to 2 years.

According to this evaluation, which assessed 20 different health facilities and surveyed over 400 women, the quality of health services offered also improved substantially.

After verifying that Belize not only met but surpassed the initiative’s results-based targets, the country will be awarded US$150,000 dollars, which the Ministry of Health can invest in any health project it considers of interest or priority.

The second operation of the SMI, which began in July 2015 and ended in July of 2017, specifically served the Cayo, Corozal and Orange Walk Districts, providing over 30,000 children under the age of 5 and women of reproductive age, with quality health care and services.

The project had a total budget of US$600,000 dollars, which was financed by the Government of Belize and the Inter-American Development Bank (IDB) with funds from a group of donors comprised of the Carlos Slim Foundation, the Bill & Melinda Gates Foundation and the Government of Spain.

The Salud Mesoamerica Health Initiative (SMI) is a public-private partnership managed by the IDB, which was created in 2011 with the objective of supporting the countries of Mesoamerica to achieve the health targets of the Millennium Development Goals, established for 2015, especially for women and children who were in the poorest 20% of their population.

This development model is based on a results-based financing model where donors contribute 50% of the capital and the other 50% is put forward by national governments. If the country meets a set of established results-based targets, it receives an award equivalent to 50% of their original contribution that governments can invest freely in the health sector of their countries.

SMI focused on improving the access to quality health care for 1.8 million women and children in Panama, Costa Rica, Nicaragua, Honduras, El Salvador, Guatemala, Belize and the State of Chiapas in Mexico.