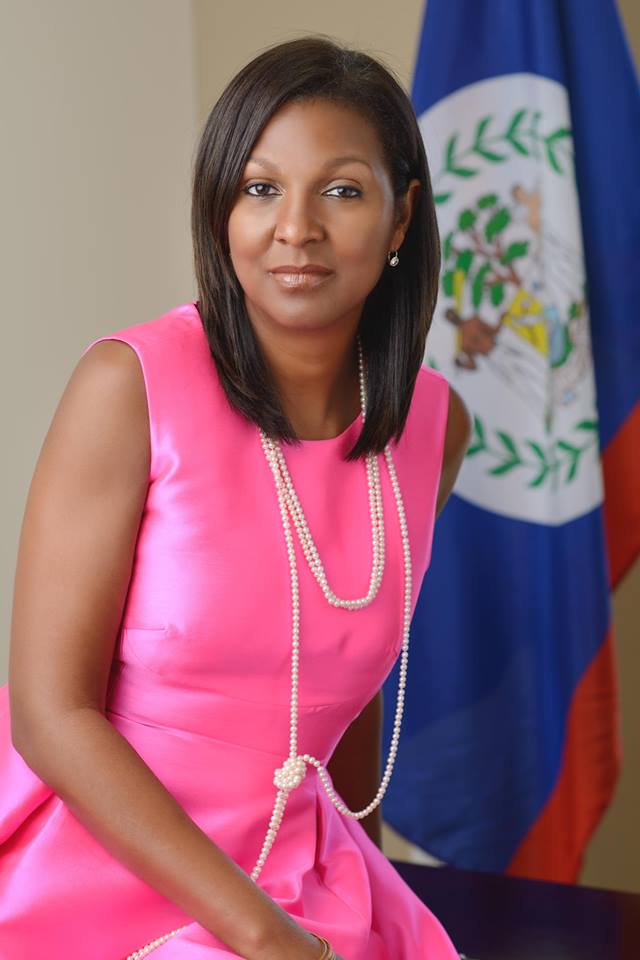 Barrow is also a Global Ambassador for Special Olympics since 2008 as well as the Founder and Director of the Lifeline Foundation.

Barrow’s two major projects as Special Envoy for Women and Children include a Pediatric and Neonatal Intensive Care Unit constructed at the Karl Heusner Memorial Hospital and The Inspiration Center which offers healthcare and therapy for children with disabilities.

Barrow has also been an active advocate raising public awareness on the commercial sexual exploitation of children.

She has successfully advocated for the passage of two pieces of legislation to strengthen protection for victims of sexual violence and human trafficking as well as an amendment to the Criminal Code for harsher penalties for perpetrators of sexual offenses.

In her efforts to improve the situation of women entrepreneurs in Belize, Simplis-Barrow also does consultations countrywide and hosted the National Call to Action Conference on Women and Girls’ Financial Health as well as a global First Ladies Conference in New York.

In 2014, Barrow and Belize’s National Women’s Commission hosted the first 20,000 strong Women’s Empowerment Rally which brought together thousands of Belizean women and girls, the largest non-political crowd ever gathered in Belize in a magnificent show of solidarity for women’s empowerment.

Simplis-Barrow took that call to action to the rest of the world with a First Ladies Conference, held as a side event at the 69th United Nations General Assembly.

The gathering of spouses of heads of states and governments were encouraged to support areas of micro-financing for female entrepreneurs, violence prevention initiatives and women’s health and education.

Simplis-Barrow also works closely with the Belize Cancer Society to increase cancer awareness among the local population. She hosts cancer forums and shares her experiences about her own diagnosis. She has completed her chemotherapy and radiation treatments and is today in good health.

BBN thanks Kim for her invaluable contributions to Belizean women and children.