Over 70,000 Belizeans have re-registered 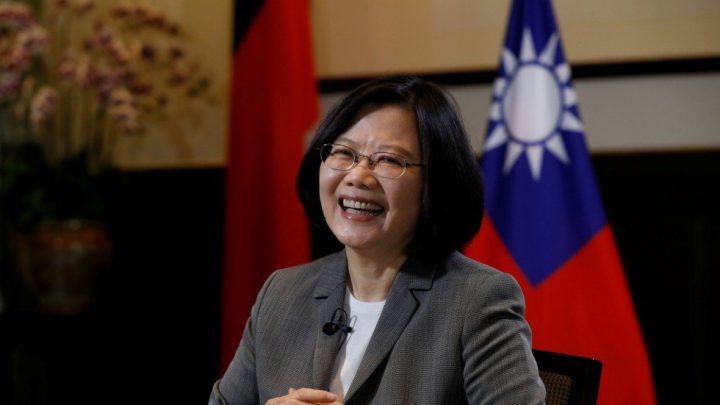 On her way to the two countries, President Tsai is scheduled to make stops in Houston and Los Angeles, USA.

This morning, at a press briefing, China made an official call to the United States to block the transit of President Tsai in the US.

According to a report from US News, since 1979, Washington has diplomatically recognized Beijing over Taipei. However, Beijing views Taiwan as part of its own territory — to be reunified by force if necessary — and has stepped up military and diplomatic pressure since independence-leaning Tsai came to power in 2016.

Geng stated that China has always been firmly opposed to any kind of such transit arranged in the US or other countries with diplomatic ties with China. President Tsai will travel from August 12 to 20, 2018.

During a visit to three Pacific allies last year, Tsai transited through Hawaii and the US territory of Guam, prompting official protests from Beijing.

The report says that on the trip to Paraguay and Belize, Tsai is seeking to “firm up ties with a dwindling number of foreign allies, many lured away by what the president has described as Beijing’s dollar diplomacy”.

Around the world, Taiwan has only 18 diplomatic allies including Belize.

President Tsai is set to visit Belize from August 16-18, at the invitation of the Government of Belize.

During her first State Visit to Belize, President Tsai will be accompanied by members of the Cabinet and Parliament, senior government officials, various private sector leaders and representatives of the media, on a special chartered flight.

Taiwan has been working and will continue to work with Belize hand in hand to achieve mutual interests for its people and government.