Man chopped multiple times in the head for a bicycle 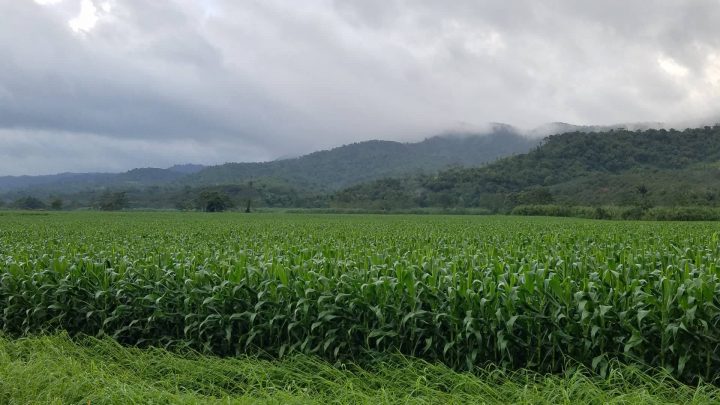 By BBN Staff: A month long drought in Central America, that is expected to continue to mid-August, has caused severe losses particularly to corn farmers in Salvador and Guatemala. The unexpected drought has costed many farmers their entire harvest.

Here in Belize, farmers are just beginning to feel the effect of the extended drought.

In an exclusive interview with Breaking Belize News (BBN), Chairman of the Belize Grain Growers Association, Albert Reimer, said “most corn farmers in the Cayo and Orange Walk districts took advantage of the early rains and planted early so most of the corn crop has set and the grains have filled, or are being filled”. However, Reimer told BBN that if the rains do not come soon, farms where the grains have not filled as yet will be affected and those farmers will experience a drop in their expected corn harvests.

A unique jet stream has dominated the earth’s atmosphere for over a month and is doing strange things across the world. It’s causing floods along the US East Coast, record heat in Texas, Japan and Africa, wildfires in California and drought in Central America, including Belize.

A report from Reuters says that almost 80,000 Salvadoran corn farmers are severely hurt by the month long drought. The Salvadoran government has issued a ‘red alert’ to distribute resources to victims.

Meanwhile in Guatemala, dignitaries are requesting that the government declare a ‘State of Emergency’ due to the drought which has hit the hardest in recent years. For over 31 days, farmers have endured the weather condition.

A Guatemalan parliamentarian told local media outlets that 40 days without rain will result in a loss of 78% of basic crops.

Previous droughts in Central America have left up to 3.5 million people in need of humanitarian assistance. The Central American region is one of the regions most vulnerable to heat exposure due to climatic variability and exposure to extreme events.

Several countries depend on Central American nations, Guatemala, El Salvador and Belize for the importation of minsa or corn. However, due to the severe drought, it is estimated that the corn production in Guatemala and El Salvador will be at an all-time low.

Meanwhile the impact in Belize is not expected to be that severe and despite an expected drop in production, Belizean farmers plan to harvest their corn within the next month.

According to the Ministry of Agriculture, in 2017 alone, Belize produced 182 million  pounds of yellow corn and 11.8 million pounds of white corn.