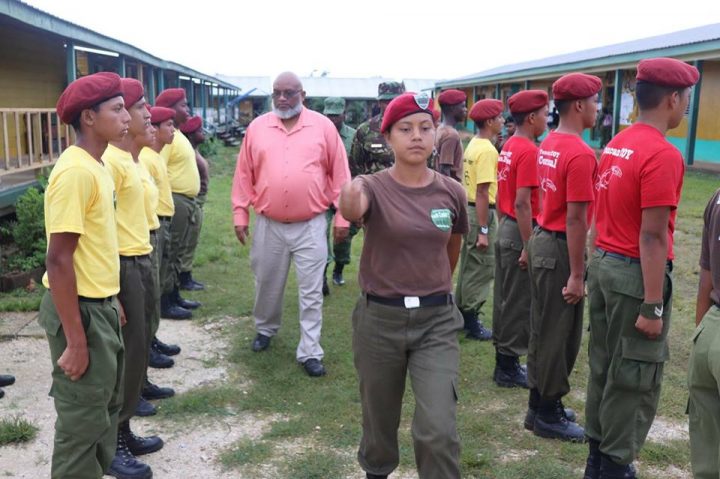 The Cadet Corps summer camp is being attended by 273 young boys and girls between the ages of 10 to 17 years old and hail from every district in the country.

The participants are separated into different groups for the camp: Toucan Company is representing the Corozal and Orange Walk Districts, Tapir Company represents the Belize District, Black Orchid represents the Cayo District, and Toledo and Stann Creek Districts are represented by Mahogany Company.

During the tour, Saldivar and his entourage were given a number of presentations by the cadets that displayed the various skill sets with which they are being empowered at the camp.

Among these were an emergency first responder simulation, military drills, a snapshot of the social studies and drug education classes, and a presentation by the drum corp.