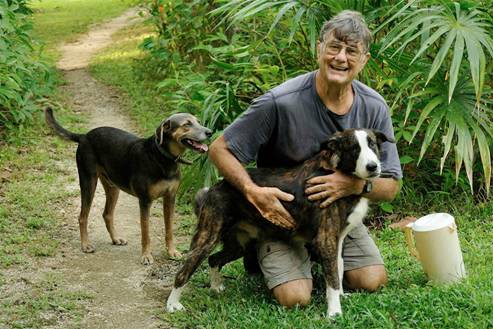 Myvett recounted that at around 10 a.m. on Tuesday Foster was reported missing.

The report was made after his wife residing abroad could not reach him by telephone and so sent one of his employees to make checks at their residence.

That employee reported that Foster was nowhere to be found nor was his truck. His home had been ransacked.

That same day, police were able to find his truck in the village of Mahogany Heights.

In the rear passenger seat, there were bloodstains observed.

Later that day Foster’s body was found in the Rivera area of Belmopan.

He had been stabbed ten times to the body and suffered other injuries to the head.

Myvette believes that Foster was kidnapped from his home, killed, and then dumped in Belmopan.

Police have since detained a suspect from Mahogany Heights for questioning.

Police have also put together an investigative team to solve this brutal murder.