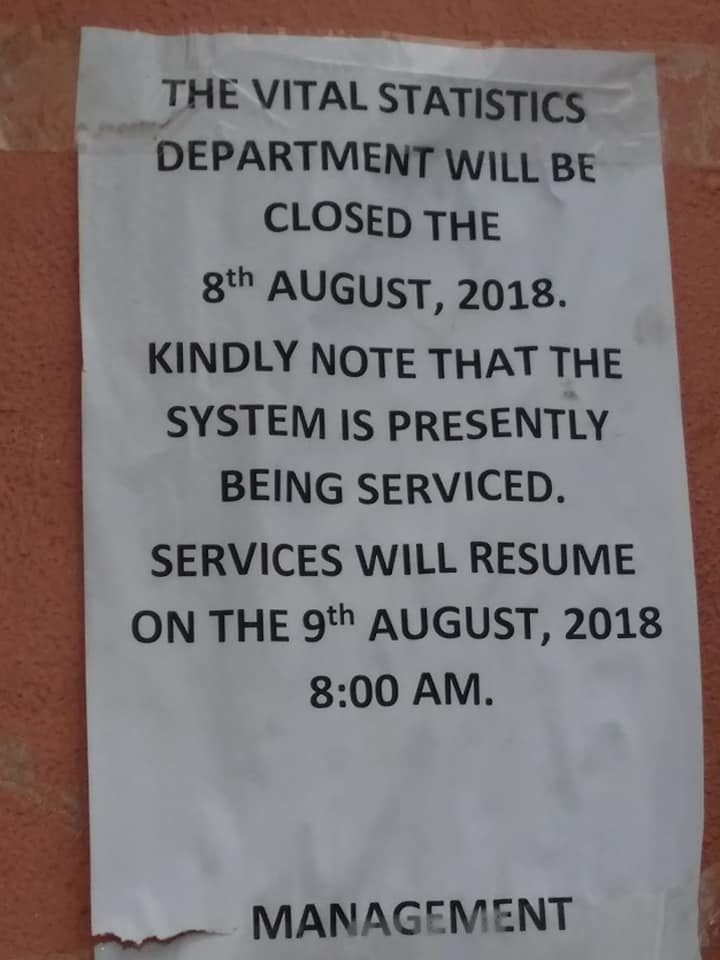 According to reports, the VSU office was closed for services on Wednesday, August 8, 2018.

“This, as we understand, is due to serious internal conflicts rooted in corruption. Several key personnel within the Unit have reportedly been terminated and as a result, the Unit is unable to carry out basic functions,” the PUP said in its statement.

According to the PUP, even before Wednesday, applicants, especially from the districts, have encountered and become frustrated at the long delays in the processing of birth certificates and other documents.

The PUP says that it cannot accept the closure of office during this Re-registration Exercise since Vital Statistics Unit is crucial to providing services during this time.

Leader of the Opposition, John Briceño stated that “Several issues and inconsistencies brought to the forefront by persons on the ground, including the underperformance of the Vital Statistics office, greatly undermine the overarching objective of achieving a clean and new voters list that should enhance the democratic process”.

The PUP calls on the Attorney General and Registrar General to immediately account to the Belizean people on the occurrences taking place in the Vital Statistics Unit.

The PUP ended its statement by saying that, “the Belizean people need to be assured that whatever is happening within the Unit is nothing close to the usual underhandedness and manipulation of the system that has become ‘the trademark of this UDP government.’”