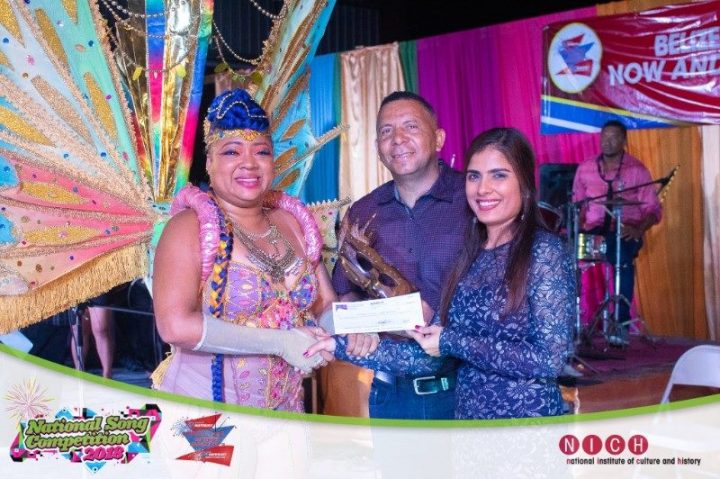 By BBN Staff: The Santa Elena Sports Complex was the venue for the National Song Competition 2018 on Saturday night.

The twenty-two competing performances were backed by the Gilharry Seven Band.

This year saw the crowning of two new Champions and the re-crowning of the Senior Carnival Song Champion!

The performer of “Soca Warrior”, Amiri “Prince” Gentle, showcased some of the talent that can be found in the Toledo District and was awarded a special prize of $2,500.00 for his contribution to this year’s competition.

The Senior Carnival Song category featured original songs which are intended for use during this year’s September Celebrations, throughout the year and for years to come.

The winners for the Carnival Song segment of the competition are:

The artists were invited to present songs which evoke a blessing or celebrate the history, traditions, and diversity of the Belizean Culture.

The Belize Song winners for 2018 are:

The competition was held in Dangriga in 2017 and this year Mayor Earl Trapp and the twin towns of San Ignacio and Santa Elena had the prestige of hosting.

Sapna Budhrani, the President of the National Institute of Culture and History (NICH), announced Corozal would have the honor of hosting the National Song Competition in 2019.

1st Place – $10,000 in cash and prizes (inclusive of a music video and an opportunity to represent

Belize in the Region) and a trophy

Songs can be heard on WWW.MYNATIONALSONG.BZ.