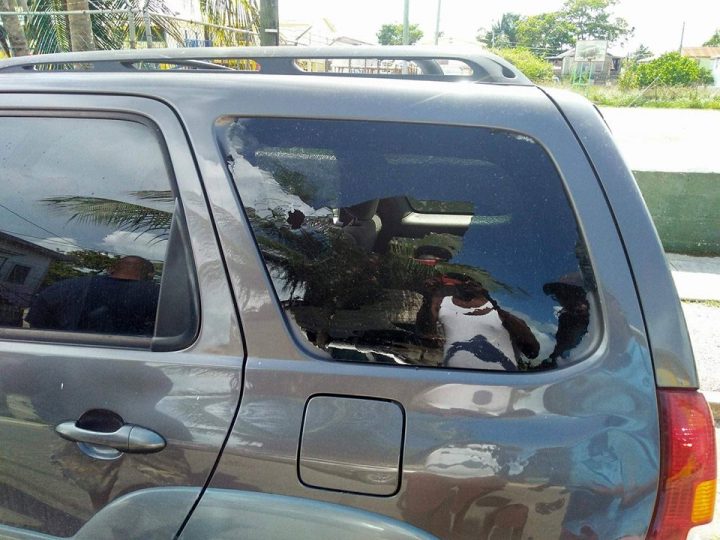 Shortly after 1 o’clock on Sunday afternoon, Yearwood was with two children and another officer inside his Mazda Tribute driving near the Yarborough bridge in Belize city.

That was when he heard a loud bang and realized one of his windows had been shattered.

Sources close to Yearwood have alleged that his vehicle was shot by the Mobile Interdiction Unit (MIT) of the police department.

However, in the police media Whatsapp group, Acting Commisioner of Police, Chester Williams indicated that the vehicle was not shot by police and was instead an act of mischief.

Assistant Superintendent of Police, Alejandro Cowo, today told the press that they are unable to establish who shot Yearwood’s vehicle but have no evidence to suspect that it was MIT.

“We cannot establish who shot Mr. Yearwood’s vehicle,” he said.