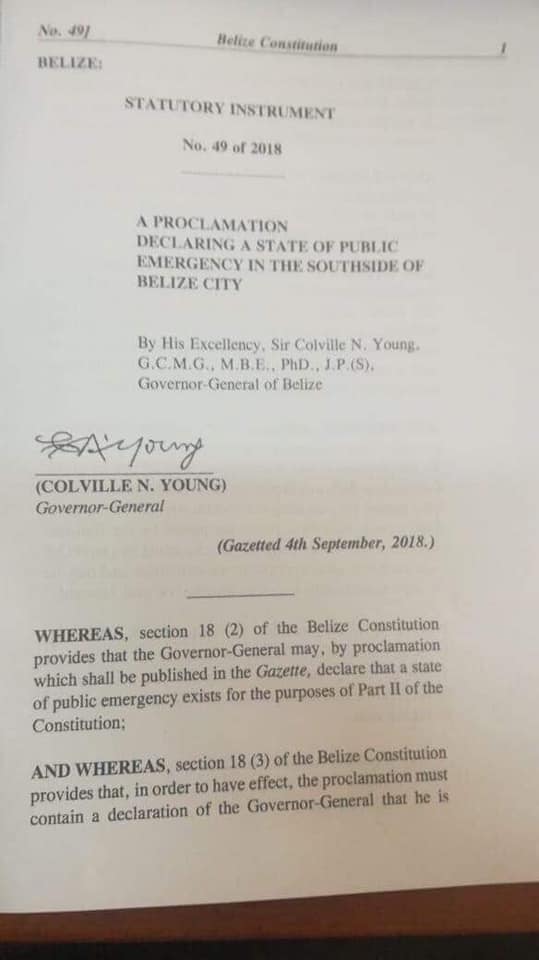 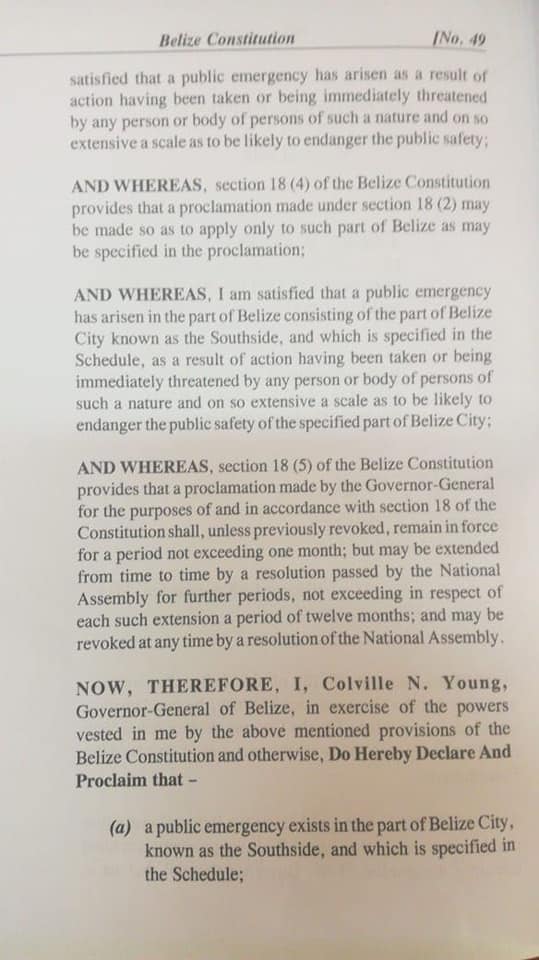 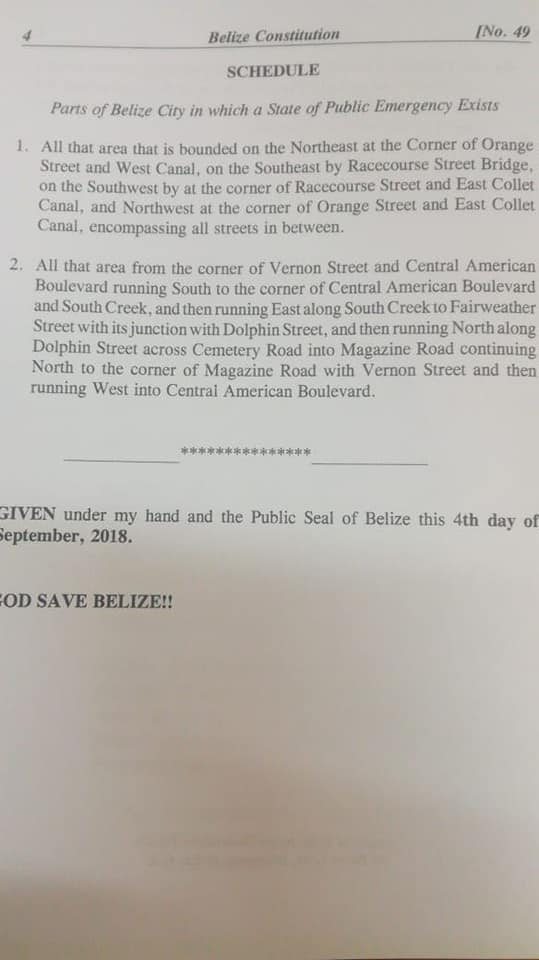 By BBN Staff: The Government of Belize has declared a state of public emergency for two south side Belize City communities.

To understand this recent move, we take you back to Friday afternoon when Shakeedi Baizer, referred to as “Ben” was gunned down near the Matron Robert’s Clinic in Belize City.

Baizer was reportedly the brother of a George Street Gang associate.

Since his death, several murders occurred in Belize City over the weekend including that of the delivery man, Daniel Lopez, who was killed on George Street, for no reason.

Also included in that body count was Leroy Meighan who was said to have had some relations to members of the Ghost Town Gang.

In light of these underlying tensions and killings, police have stepped up their presence on George and Mayflower Streets.

Yesterday the Government of Belize signed a statutory instrument indicating that these two areas were in a state of public emergency.