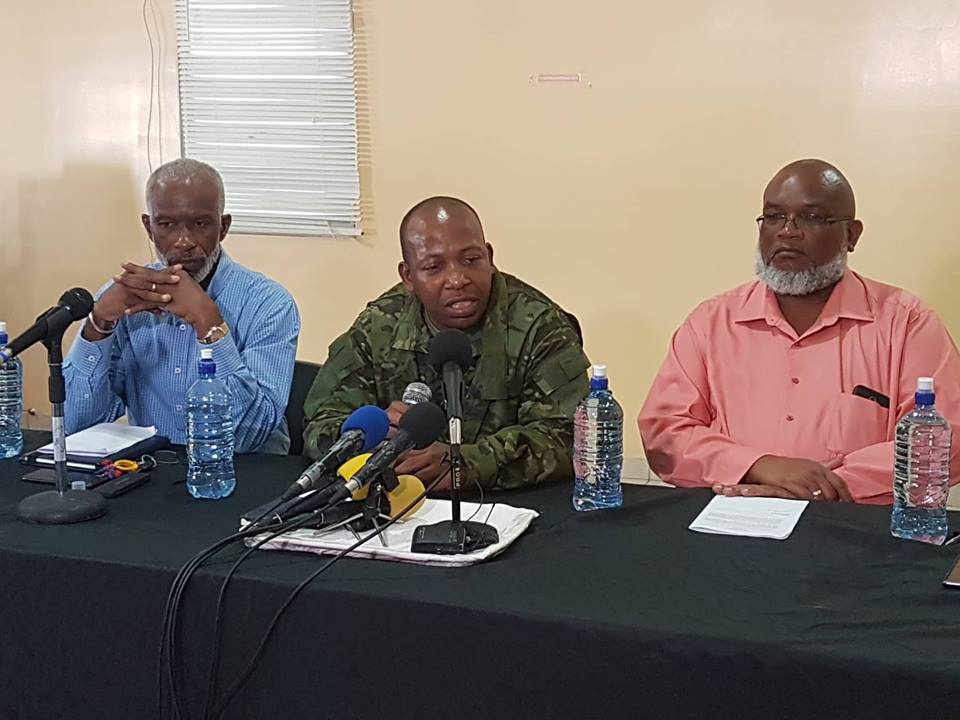 By BBN Staff: The crime situation in Belize has escalated and over the weekend, there were six murders in Southside, Belize City.

It is the first time in history that Belizeans will celebrate the usual hype and festive September 10th and September 21 (Belize Independence Day Celebrations) with a ‘State of Public Emergency’.

The Belize Police Department and Ministry of National Security today held a press conference to announce and inform all Belizeans of the ‘State of Public Emergency’ declared in the George Street and Mayflower area of Belize City for thirty days.

The ‘State of Public Emergency’ was enacted yesterday when the Government of Belize signed a statutory instrument indicating that these two areas were in a state of public emergency.

In light of these underlying tensions and killings, police have stepped up their presence on George and Mayflower Streets.

Acting Commissioner of Police, Chester Williams told the media that while the police department will continue to dialogue with those interested in cooperating with police, the time for talk with rogue criminal elements is over.

The State of Emergency provides police with special provisions when handling and processing known criminal figures. Under the provisions, suspected and known gang affiliates can be detained for up to 7 days without being informed of a specific allegation or charge against them.

Belize’s Commissioner of Police Allen Whylie was not present at the press conference today. However, we have been informed that he is out of the country.