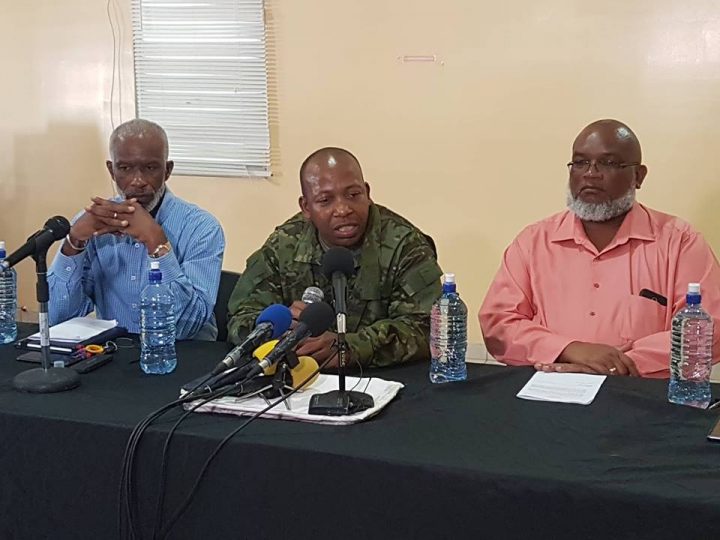 By BBN Staff: The Ministry of National Security, this morning at a press conference hosted at the Queen Street police station, declared a state of emergency in two south side neighborhoods, namely the George street and Ghost Town areas of the city, which has seen a spike in violent gang-related crimes over the last week.

Acting Commissioner of Police told the media that while the police department will continue to dialogue with those interested in cooperating with police, the time for talk with rogue criminal elements is over. The state of emergency provides police with special provisions when handling and processing known criminal figures. Under the provisions, suspected and known gang affiliates can be detained for up to 7 days without being informed of a specific allegation or charge against them.

So far, according to Williams, over 100 people from the concern areas have been rounded up and detained. The provisions also allow police to incarcerate persons for up to a month in the first instance, a move the police department intends to use to deter crime from happening on the streets as retaliatory murders have become a major concern.

The Ministry says it viewed enacting a state of emergency as a last resort, but it became clear over the weekend as the string of murders demonstrated total disregard for the police and security of the citizenry. The move was supported by Minister of National Security, John Saldivar and Acting Prime Minister, Patrick Faber. Saldivar said he believes PM Barrow would have also supported the move as it is clearly justifiable given the circumstances.