Another accused murderer gets bail

“All is well with CWU,” says CitCo 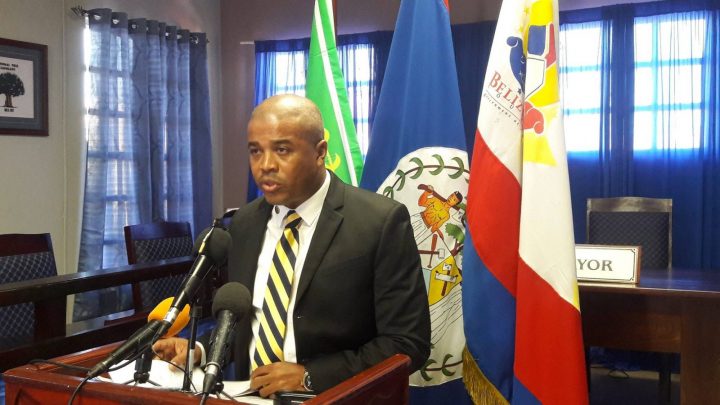 By BBN Staff:  The Belize City Council says that it has resolved its issues with its cemetery staff represented by the Christian Workers Union (CWU) and is looking to maintain a good relationship going forward.

Belize City Mayor, Bernard Wagner, held a press conference today at City Hall, saying that the council held productive meetings with the cemetery staff, without the presence of the CWU.

He maintained that there is no animosity between the union and the council, but said that the council just decided to handle its affairs in-house, which lead to CWU General Secretary Floyd Neal, being denied access to the meeting.

“Not every time a matter comes up you will require a representative from the union,” Wagner said. “The PUP was founded on unionism. It’s in our DNA.”

CWU President, Mose Hyde, alleged that the Council has been acting in bad faith by holding meetings in the absence of a union representative. Hyde categorized the city’s refusal to allow Neal’s participation as “disrespectful” given that the union received word of the refusal just over an hour before the meeting was to start, after applying five days prior.

Wagner maintains that the late reply was not intentional or meant to be construed as disrespectful, but that the council was simply busy with preparations for the September celebrations.