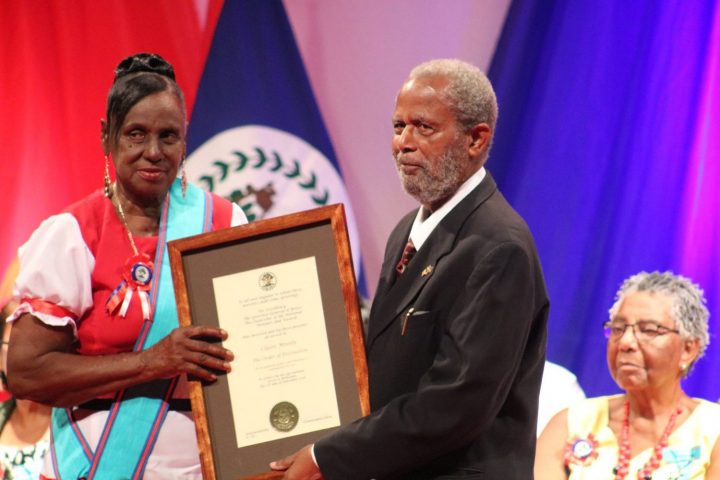 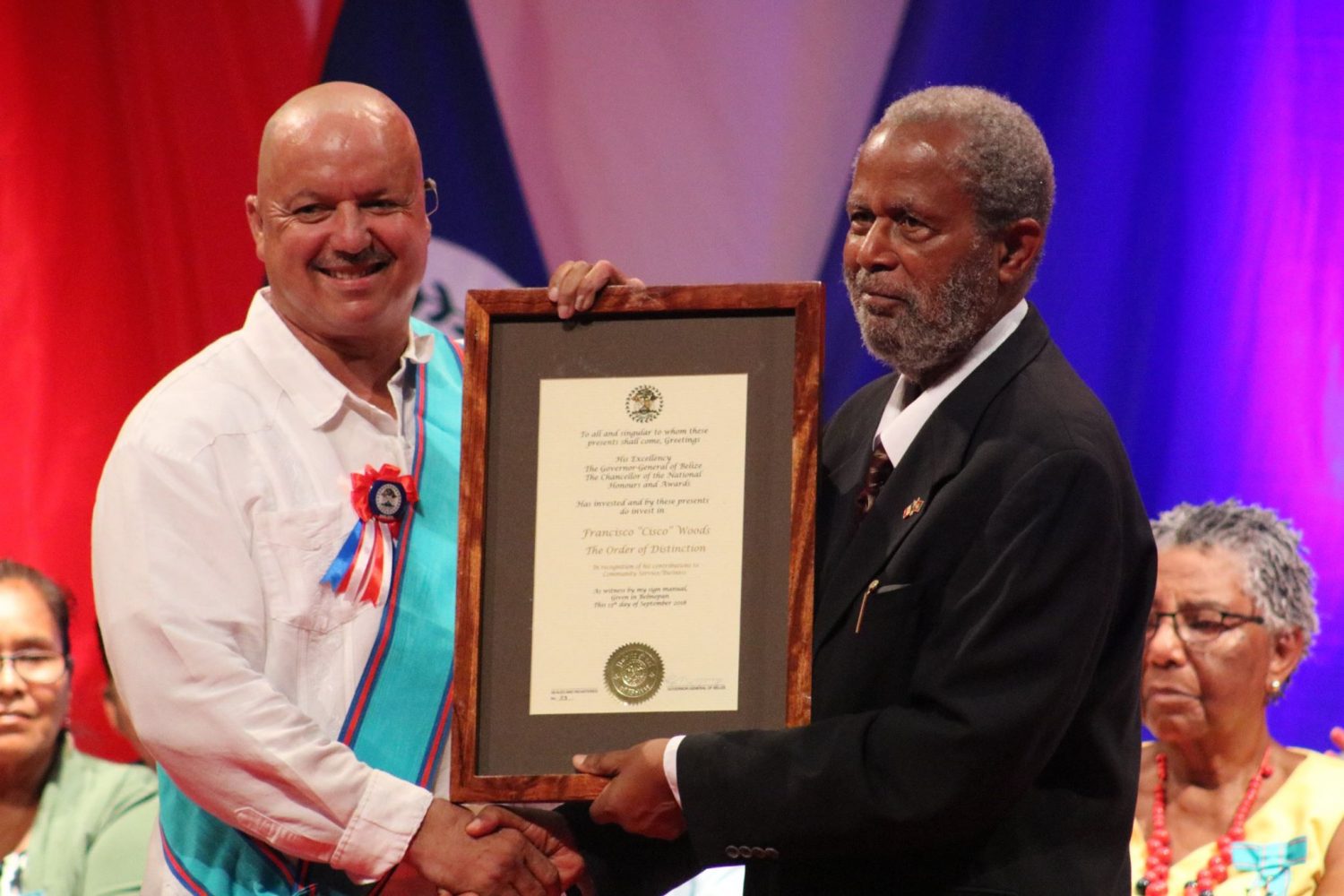 By BBN Staff: On Thursday, September 13, eighteen Belizeans were recognized for their service and contributions to Belize at the annual Tribute to Belizean Patriots Award ceremony held at the Bliss Center for Performing Arts.

Clare Moody and Francis “Cisco” Woods received the highest honor of the night, the Order of Distinction, while the other honorees were bestowed the Meritorious Service Award.

Clare Moody became a pupil teacher at the first Anglican school in a community in South Stann Creek. In 1986, her family moved to a banana farm in Trio village, Toledo district, where she continued teaching until she accepted the job as an assistant manager of a banana shed and grocery store in Cow Pen. Clare opened the first daycare center in that community in 1996, fulfilling a need of the working mothers in the banana industry.

Moody has a deep sense of patriotism and nationalism. For 15 years, she chaired the September celebrations in Cow Pen, organized Queen of the Bay pageants, and taught Belize’s history to the migrant workers in that community.

Clare’s dedicated service to her community led her to being honored with the Order of the British Empire by Her Majesty, Queen Elizabeth II in 1989.

She made history in 1993 when she won handsomely in the village council elections and became the first woman Alcalde in Cow Pen and in the history of the Maya Alcalde Association in Belize.

Francis Woods was also honored with the Order of Distinction.

Woods, affectionately known as “Cisco”, was born to John and Marta Woods in 1971.

He is the Chief Executive Officer of Cisco Construction Company and founder of the Old Belize recreation center, located on the outskirts of Belize City.

Under Francis’ leadership, Cisco Construction has evolved into a responsible corporate citizen, offering humanitarian social services to and within communities where the company has worked. In fact, at the locations where its projects are based, the company provides employment for Belizean residents and also provides valuable assistance to nearby villages.

As an active member of the St. Martin’s de Porres Parish in Belize City, Francis through Cisco Construction, has assisted with the expansion of the parish, school, the Parish Hall, the Church and feeding programs, and continues to assist in any other areas.

He also sits on the Board of Directors for the Kolbe Foundation, which seeks to successfully rehabilitate and integrate individuals, who have come in conflict with the law, back into society.

Through his company, Francis and Kolbe established a program which offers employment to rehabilitated persons as an opportunity to transform their lives and become productive citizens.

Together with fellow Rotarians, as an active member of the Rotary Club of Belize, Woods has provided numerous humanitarian services to the community.