Belize Network of NGOs concerned over Guatemalan encroachment into Belize 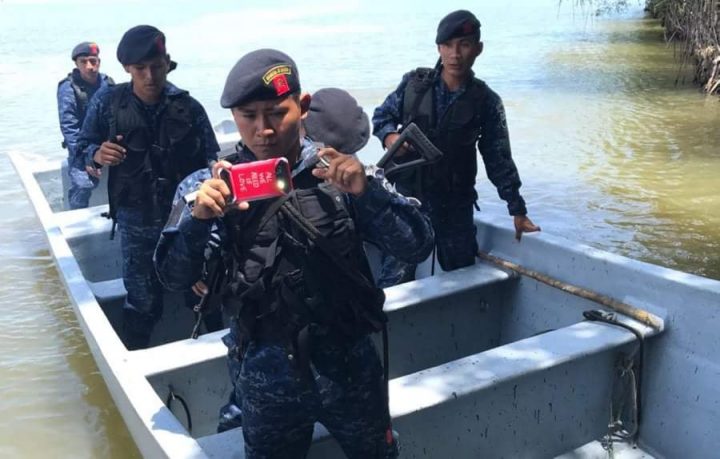 By BBN Staff: The Belize Network of NGOs (BNN) today issued a statement expressing grave concern at the encroachment of Guatemalan Armed Forces (GAF) into Belizean territory over the past weekend.

BNN says that this act of belligerence by the GAF has become “commonplace”, and endangers the safety of Belizean citizens who have all the right to move freely within Belizean territory.

BNN notes that according to the 1859 Convention and the 1931 Exchange of Notes, our southern boundary is defined as follows: “Beginning at the mouth of the River Sarstoon in the Bay of Honduras and proceeding up the mid-channel thereof to Gracias á Dios Falls…”

In an effort to bring awareness to the illegal and unsustainable fishing in the Sarstoon/Barranco area, the Belize Territorial Volunteers (BTV) organized the third annual Eco-Challenge on September 15, 2018.

The event included a kayak race from Barranco to Sarstoon Island and back.

At all times, participants, safety personnel and organizers were within Belizean territory.

But upon arriving at the mouth of the Sarstoon River, Belizeans were confronted by three GAF gunboats.

The Guatemalan gunboats moved back and forth several times in an apparent effort to intimidate the paddlers and the support boats.

The GAF clearly entered into Belizean waters in the presence of the Belize military.

Despite this show of unnecessary aggression, the paddlers continued on the race route and more than fifty Belizeans had an opportunity to visit the Sarstoon area.

However, three Belizean boats were unjustifiably prevented from approaching Sarstoon Island by the GAF.

This aggression by the GAF was captured in the following video entitled “Sarstoon Eco Challenge Report 2018”: https://vimeo.com/290310912.

The BNN is extremely concerned about this clear violation of territorial integrity and sovereignty by the GAF, a sentiment that they expressed exactly a year ago.

The BNN urges the Government of Belize to immediately send a strong protest note to the Government of Guatemala and to inform the international community and organizations such as the Organization of American States (OAS) about these continued acts of aggression by the Guatemalan Armed Forces.