Over $13,000 in cigarettes stolen at Western Free Zone 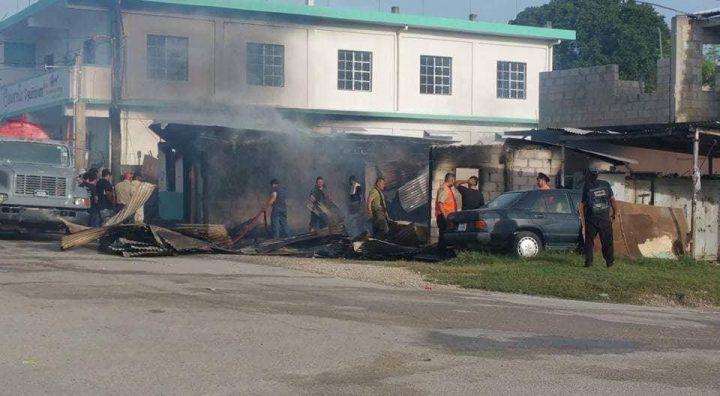 By BBN Staff: Police have just issued an official report on a fatal fire in Orange Walk town this morning.

According to police, around 5:00 a.m. today they received information of a house fire at the corner of Progress and Cinderella Streets.

When police arrived on the scene they observed an apartment that housed the Petillo family.

Police were also informed that four persons were trapped inside the apartment.

However, during a search in one of the rooms, three dead bodies were found.

Zelda Bowen, told police that she saw the kitchen area of her apartment engulfed in flames and ran out for help as her three children were inside in one of the room.

Her husband, Alfredo Petillo, ran inside to save the children but he got trapped inside with them.

The four bodies were transported to the Northern Regional Hospital where they were pronounced dead.

The cause of the fire has not yet been ascertained.