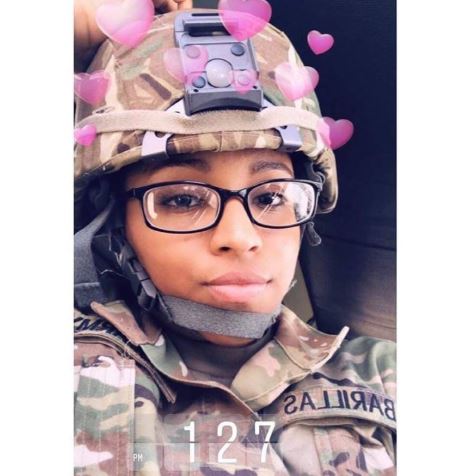 Details surrounding her death is at this time sketchy but according to unconfirmed reports, she died over the weekend in a grenade explosion in South Korea.

Barillas, who recently joined the US Army had been on duty in South Korea in recent months.

News of her death has been met with an outpouring of emotions from friends, family, and supporters on Facebook.

Her cousin, Jarelli Barillas, also wrote to Facebook, “…I can’t understand how a person with so much strength and life in them is now gone…”

She is described by many as, “a beautiful soul.”

The United States Government will issue an official report on her death after an investigation has been conducted.