Updates on the 2018 Re-registration of Electors Exercise

UDP do not want Mark King in Fort George; King will now file for an injunction

The Inhumanity and Incivility of Divorce Laws of Belize 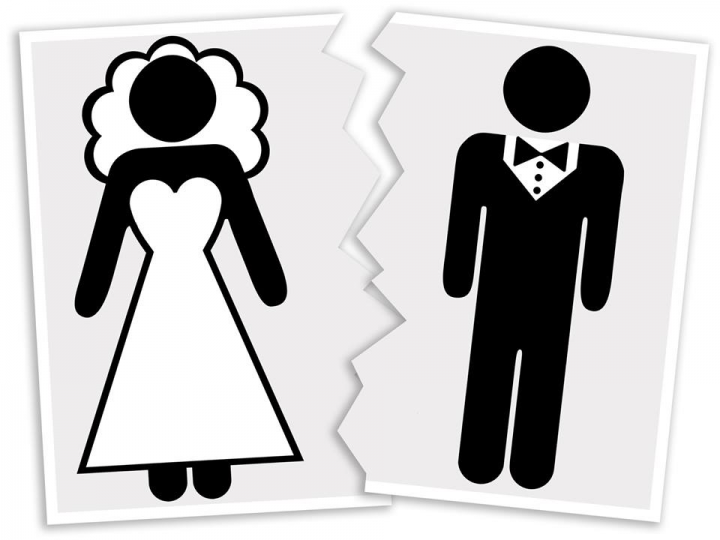 By Wendy Auxillou: The views expressed in this article are those of the writer and not necessarily those of Breaking Belize News.

“I heard one lawyer say, ‘No one wins in court — it’s just a matter of who gets hurt worse.’ And it seems to be true, you spend a year just focused on building a case to prove your point and why you’re right and why they’re wrong, and it’s just an investment in vitriolic hatred. I just refuse … It’s just very, very jarring for the kids, to suddenly have their family ripped apart.” — Brad Pitt, on his divorce from Angelina Jolie.

To divorce or not to divorce is obviously not a decision that is taken lightly. It is obviously the culmination of a series of perceived negative events that have led one partner, or maybe both, to decide that they just can’t live with each other anymore.

Once a decision to divorce is made, though, for a period of time in its aftermath, emotions run raw and high. Decoupling can be very stressful … even in the most amicable of partings. The best thing anyone or anything can do for a divorcing couple is to help them to make the process as smooth and as painless as possible, especially if there are children involved.

In Belize that lofty goal is impossible to accomplish, however. Our cruel and inhumane divorce laws do not allow us to divorce a partner non-contentiously. We cannot simply apply to the court to have a marriage dissolved on the basis of some neutral, common ground like “irreconcilable differences.” By hook or by crook, the law forces us to say cruel and hurtful things about the other party, ensuring raw emotions are ratcheted up stratospherically.

Section 129 of the Supreme Court of Judicature Act 2011, Chapter 91, (Matrimonial Causes and Matters), of the Laws of Belize, states the following:

“129. (1) A petition for divorce may be presented to the Court either by the husband or the wife on the ground that the respondent,

(a) has, since the celebration of the marriage, committed adultery;

(b) has deserted the petitioner without cause for a period of at least three years immediately preceding the presentation of the petition;

(c) has, since the celebration of the marriage, treated the petitioner with cruelty; or

(d ) is incurably of unsound mind and has been continuously under care and treatment for a period of at least five years immediately preceding the presentation of the petition, and by the wife on the ground that her husband has, since the celebration of the marriage, been guilty of rape, sodomy or bestiality.”

To add insult to injury, if an application is based on an allegation of adultery, the law forces the applicant to name and shame his/her partner’s allegedly co-adulterer. It even forces them to drag that person to court as a co-respondent, in an appalling and shameful act of misogynistic, state-sanctioned slut-shaming. I say misogynistic because in Belize men don’t get slut-shamed. Only women do. The public Salem witch trials come to mind.

If the co-respondent is innocent, which many times is the case, our cruel divorce laws pay no attention to the innocent party’s pain and suffering. It doesn’t care that the innocent party’s reputation is being dragged through the mud for no good reason. It simply views that party as collateral damage.

As you can imagine, the natural reaction to anyone who is accused of hurtful things is to respond defensively, in kind. That is exactly what our law expects. They pit the parties against each other in a high-stakes, legal “dogfight”, from which no one emerges unscathed. To quote Brad Pitt, the whole exercise is an investment in vitriolic hatred, it’s just a matter of who gets hurt the most.

In legal jargon, this dogfight is called a “fault-based divorce system”. (You can’t just amicably agree to divorce, you have to by law find fault with the other person.)

Before I am accused of being misleading, let me add that Section 129 (2) of the above-mentioned Act does allow a party to file an application for a divorce on the basis of the “irretrievable breakdown of the marriage.”

“Section 139 (2): Notwithstanding the provisions of subsection (1) of this section, a petition for divorce may be presented to the Court by either party to a marriage on the grounds that the marriage between them has broken down irretrievably, and that they have been living separately for at least three years immediately preceding the presentation of the petition.”

That sounds pretty non-contentious until you realize that an applicant has to wait an incredible three years to be able to file an application under that ground.

I submit the three-year wait period is cruel and inhumane. Why should anyone who wants to divorce have to choose between saying terrible things about a partner or getting shackled by the law for three years? There are many couples who would prefer to divorce amicably — to preserve the peace, for the sake of their children, and for many other noble reasons. In the year 2018, in Belize, why aren’t we letting them do that?

On behalf of all who have suffered needlessly under our current system, I hereby propose the following changes to the law:

That Section 129 (2) of the afore-mentioned Act be amended to remove the following part “…, and that they have been living separately for at least three years immediately preceding the presentation of the petition”. Let the people divorce non-contentiously and quickly if they so wish.

That Section 129(1)(a) of the law, and any other section which refers to or deals with adultery be repealed in its entirety. If your partner cheated on you, apply for a divorce under the (proposed/revised) Section 129(2) of the law — the irretrievable breakdown of the marriage. This is 2018. People have sex. So what?

A dear friend of mine recently reminded me that nowadays, people in Belize can get married in three days. He opined that people should similarly be able to divorce in three days.