Santa Elena man charged for the death of Oscar Coc

Guatemala dispute should be settled now! 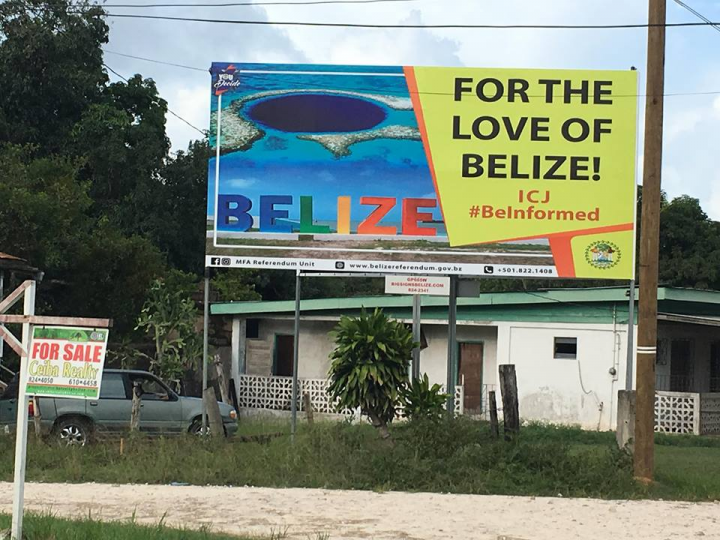 By Richard Harrison: The views expressed in this article are those of the writer and not necessarily those of Breaking Belize News.

Should the dispute with Guatemala be left to future generations?

The Government of Belize says it is engaged in an “education” campaign to inform Belizeans so that they can make the best decision to vote in the referendum planned for April 10, 2019. The referendum will decide if the age old dispute should be submitted by both countries via “special agreement” to the International Court of Justice (ICJ).

The strange, suspicious thing is that the education is only about the “pros” to go to ICJ…nothing about the “cons”…it is basically a one-sided “yes to ICJ” campaign…nothing about risks and downsides…nothing to gain, only to lose…the largest chunk of the budget coming from foreign geo-political actors, at the behest of both of Belize’s overly corrupt governments.

One of the principal arguments used by promoters of “yes to ICJ” is that they do not want to leave the dispute to their children and grandchildren…”lets settle this thing once and for all” they would say….”we should seize the opportunity” since if we don’t, “the international community will abandon us, and God forbid, we may face invasion from our much bigger and stronger neighbour, Guatemala”.

The threat of invasion theory has already been debunked in a separate article, so this article will deal with the argument that the dispute should be settled NOW and not left for future generations of Belizeans.

This is an empty-barrel argument from several view-points: