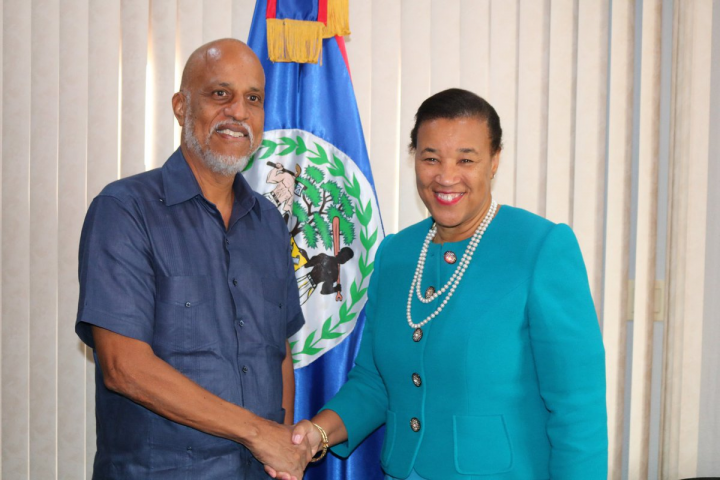 By BBN Staff: Patricia Scotland, the Secretary General of the Commonwealth is in Belize on a two-day visit on the invitation of the Government of Belize.

According to a release from the Government of Belize, the Secretary General’s visit underscores the Commonwealth’s unequivocal support for Belize’s sovereignty and territorial integrity, which was recently reaffirmed by Commonwealth Heads of Government at their meeting in April 2018 in London.

“The Commonwealth has been a longstanding supporter of Belize’s sovereignty and territorial integrity from before Belize’s independence,” the release asserts.

The release notes that the Secretary General’s visit is aimed at promoting the Commonwealth and its work.

“Over the years, the Commonwealth has done pioneering work in addressing the challenges faced by small states like Belize and in amplifying the voice of small states at the international level. It has provided technical assistance and capacity building support in areas such as trade, legislative drafting, public sector policy and climate change.”

During her visit, the Secretary General held courtesy calls with the Governor General, the Prime Minister, the Leader of the Opposition, Minister of Foreign Affairs, parliamentarians and other government officials.

The Secretary General also held a brief exchange with the Referendum Commission on the first day of her visit.

This marks Baroness Scotland’s second visit to Belize as Secretary General of the Commonwealth.

The Secretary General and her delegation depart today, October 3rd.