Gang members back on the streets, police give strong warning 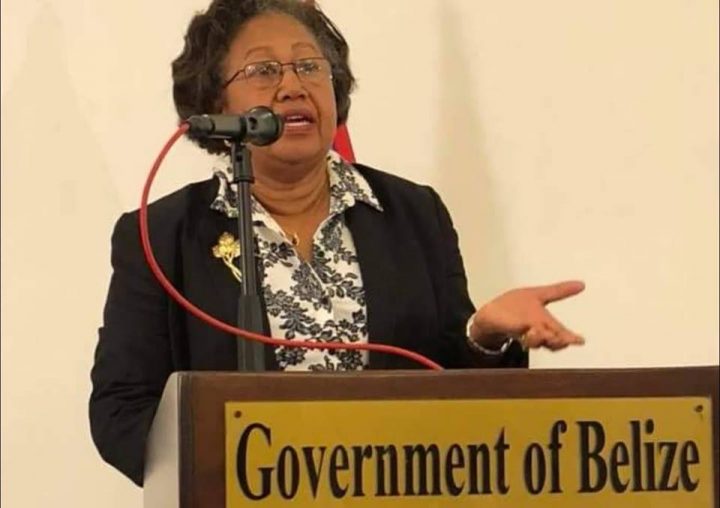 By BBN Staff: On Tuesday, October 2, the Ministry of Labour was informed of an impasse in the negotiations for a collective bargaining agreement (CBA) to cover Stevedores via a letter from the Christian Workers Union (CWU) dated September 28, 2018.

The CWU declared notice to institute industrial action against the Port of Belize Limited (PBL) in accordance with Section (15) of the Settlement of Disputes in Essential Services Act, Chapter 298, Laws of Belize.

Minister of State in the Ministry of Labour, Carla Barnett, immediately embarked on a fact-finding exercise to determine whether an impasse does exist.

On Wednesday and Thursday of this week, the Minister held two separate meetings each with the CWU and the PBL, respectively, to ascertain what had transpired so far and to encourage both parties to resume negotiations.

The meetings revealed that negotiations have been ongoing for over six years and that there are several issues on which agreements have already been reached and implemented through several Memoranda of Understanding which are to be incorporated in the final CBA.

Barnett also identified that an impasse exists only on the issue of Hours of Work.

Both parties have opposing views on the legality of the current practice of having work gangs working a single continuous shift that may go well over 24 hours non-stop to offload a cargo ship.

According to the Government of Belize press office, Barnett immediately undertook to solicit a legal opinion from the Solicitor General on the issue, taking into account the Laws of Belize and international treaties and conventions that Belize is a part of.

Barnett also urged both sides to seek their own legal opinions on the matter.

It was clearly stated in the meetings, held separately, that both parties are desirous of continuing the negotiations on other matters in order to finally conclude a Collective Bargaining Agreement which can be certified by the Ministry of Labour.

Barnett then met with both parties in a meeting on Friday, October 5, 2018 to discuss the way forward.

During this meeting, Barnett (I) reiterated its findings from the meetings of October 3 and 4 that a dispute exists only on the matter of the hours of work and (II) clarified its role in accordance with Sections (4) and (11) of the Settlement of Dispute in Essential Services Act, Chapter 298, Laws of Belize which includes, if necessary, the appointment of a Tribunal within the twenty-one days to determine the dispute.

All sides agree to convene next Wednesday, October 10 to share the legal opinions on the matter of the hours of work and to decide on the way forward. If at that time, the dispute is determined to be unresolved, Barnett will refer the matter to the Tribunal for final determination.

Barnett expressed appreciation for the frank and cordial discussions which were held and encouraged both parties to resume negotiations as soon as possible, in keeping with their stated desire.