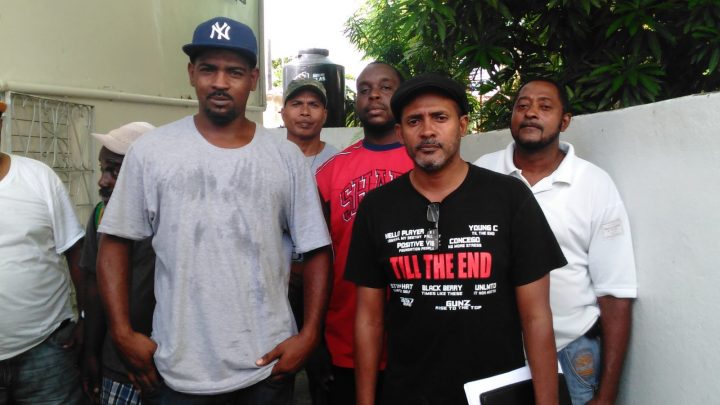 By BBN Staff: Yesterday, the Christian Workers Union (CWU) announced that the stevedores working at the Port of Belize Limited are sticking to their decision to take industrial action despite meetings with the Minister of Labour, Dr. Carla Barnett.

The CWU held a press conference at its headquarters in Belize city yesterday afternoon, where CWU President Evan “Mose” Hyde explained that the union met twice with the minister, her chief executive officer, and the acting labor commissioner, in an effort to keep the situation from escalating to industrial action.

Hyde stressed that the major point of contention was the fact that the PBL had decided to restrict negotiation to readjusting the stevedores’ hours of work which would have a negative impact on their salaries.

Hyde said that the PBL took the position to lower the hours of work because the current system, which has been employed for several years is against a provision in the country’s labor laws.

“Our position is that the law is there to protect the workers from abuse and not to prevent workers from earning the kind of salaries the makes them have financial stability,” Hyde said.

Hyde went on to say that the Minister has called upon the Solicitor General to give a legal opinion on the issue, which should be ready sometime next week. The Union will be seeking its own legal opinion, and all opinions including the one already obtained by the PBL will form a part of the continued negotiations.

Hyde said that the union members see no reason, given the way the events have unfolded thus far, to change course from holding the industrial action, but that they would continue to participate fully in the negotiation process to resolve the issue.