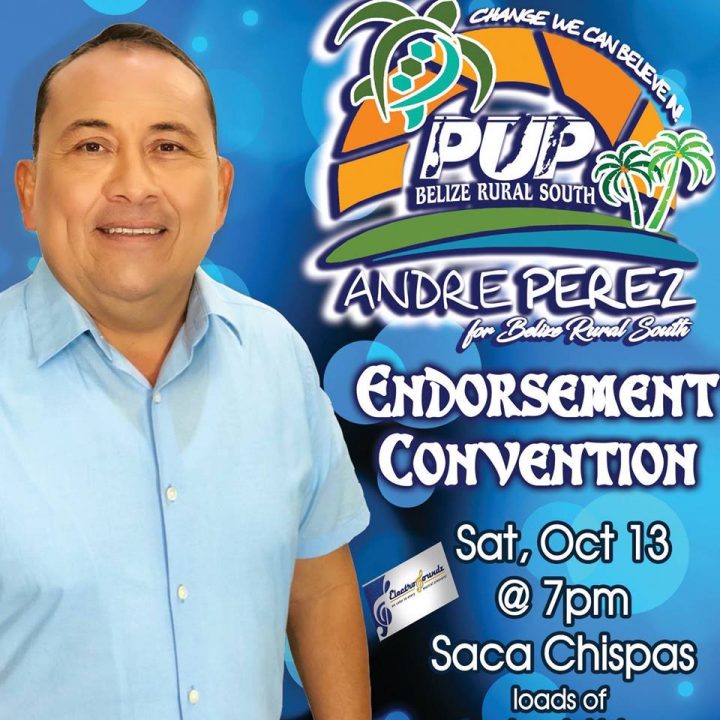 By BBN Staff: Last night the People’s United Party (PUP) endorsed businessman Andre Perez as its candidate for the Belize Rural South Constituency in the next general election.

The event was held at Saca Chispas in San Pedro and saw a large turn out of PUP officials and supporters.

Perez swore to the party’s oath which was officiated by the party chairman, Henry Usher.

Perez is no political newcomer. As a matter of fact, he was the party’s mayoral candidate for San Pedro Town in the last municipal election.

On the night of March 7th when votes were being counted, it was confirmed that Perez and his team were the projected winners.

However, they later lost the election by a very slim margin.

Later it appeared that the ballot boxes had been tampered with as there were more ballots than the persons who came out to vote. As such, the PUP had mounted a legal challenge but the matter was struck in court leaving Daniel Guerrero, the incumbent United Democratic Party’s Mayoral Candidate to serve as Mayor.