Ministry of Health reminds public to get the flu vaccine

Gas goes down by 2 cents per gallon

Protests erupt in Haiti over misuse of Petrocaribe Funds 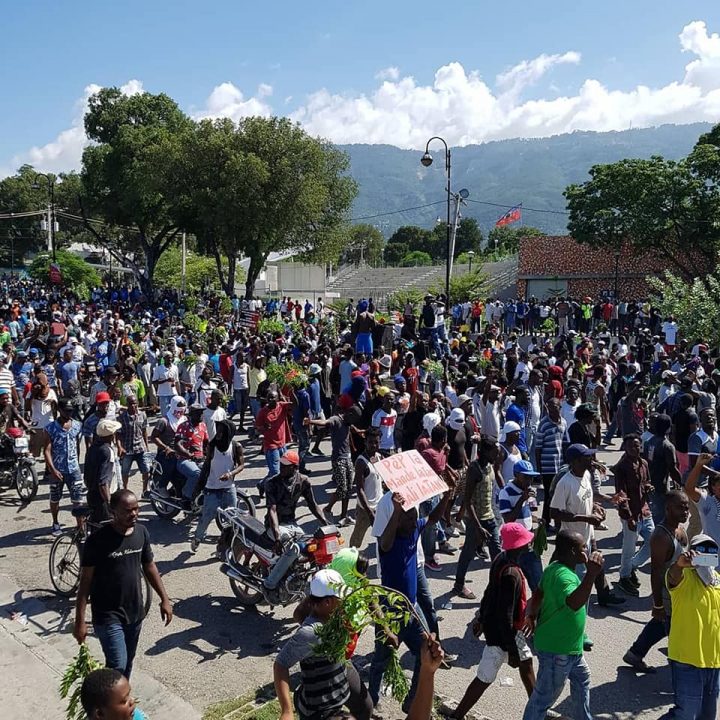 By BBN Staff: Since yesterday, tens of thousands of Haitians are out on the streets protesting the alleged misuse of the Venezuelan sponsored Petrocaribe funds by their government.

Today, the protests turned violent when protesters began throwing rocks, blocking roads, and burning tires demanding transparency in how the government is spending the funds.

Haitian police reportedly opened fire at protesters during the scene. Authorities also threw teargas in an attempt to disperse the crowd.

The Petrocaribe funding program provides below-market financing for oil for several countries in the region.

Haitians are accusing their government of stealing the money.

Many Haitians have been wounded today as a result of the violent protest.

According to reports, Haiti’s Senate conducted an investigation which revealed that about 14 former government officials misused $3.8 billion under President Michel Martelly’s administration.

The protests come just months after Haiti’s Prime Minister resigned amid civil unrest due to his decision to attempt to raise gas prices.