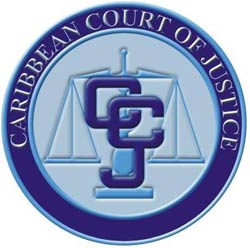 By BBN Staff : Titan International Securities Inc., a Belize based company has lost its case at the Caribbean Court of Justice.

The legal case saw Titan requesting the payment of  US $4.46million in losses from the government for a search and seizure operation conducted at its offices in September 2014.

The CCJ, however, dismissed the claim.

But, the CCJ ordered the Government of Belize to pay damages of BZ $100,000 for the way in which the operation was conducted.

In 2014, the United States indicted and charged Titan, Titan’s President Kelvin Leach and 11 others with securities fraud, evasion of taxes, money laundering and conspiracy to commit those offences.

The US Justice department then sought the assistance of the Government of Belize to search Titan’s offices to prevent destruction of evidence.

Investigators from the Financial Intelligence Unit and local police officers searched and seized the documents at Titan.

Leach was at the offices when the Belizean authorities arrived and read the warrant. Leach however, did not obtain a copy of the warrant or a list of seized items.

Titan’s attorney was also not allowed to enter the offices during the search.

While the search was on going in Belize, Titan was notified that their license had been suspended, since it had expired and was not renewed.

Later in December, 2014, Titan filed proceedings in the Supreme Court in which it alleged that the mutual assistance law was unconstitutional and that the search was executed in an unreasonable and oppressive manner, claiming that its constitutional rights were breached.

The magistrate found that there were limitations and safeguards within the law which sufficiently protected the public from a breach of their constitutional rights.

He did, however, find that the search was executed in an unreasonable and excessive, but not oppressive, manner.

As a result, he concluded that Titan was entitled to compensation and awarded them US $4.46 million, representing 20 percent of its original claim of US$22 million.

The Government of Belize appealed that decision and the Court of Appeal agreed that the search at Titan was carried out in an unreasonable and excessive manner, but held that Titan failed to show a link between the loss claimed and the constitutional breach.

The CCJ was in collusion with the Supreme Court and the Court of Appeal that the law itself was not unconstitutional, but that Titan’s right to privacy had been violated. It concluded that Titan failed to prove the link between the breach of its constitutional right and the closure of its business.

The CCJ believes that Titan’s loss was caused by the suspension and non-renewal of the licence.

Therefore, the CCJ awarded Titan BZ$100,000 (US$49,759) in vindicatory damages after it considered the manner in which the search was done.