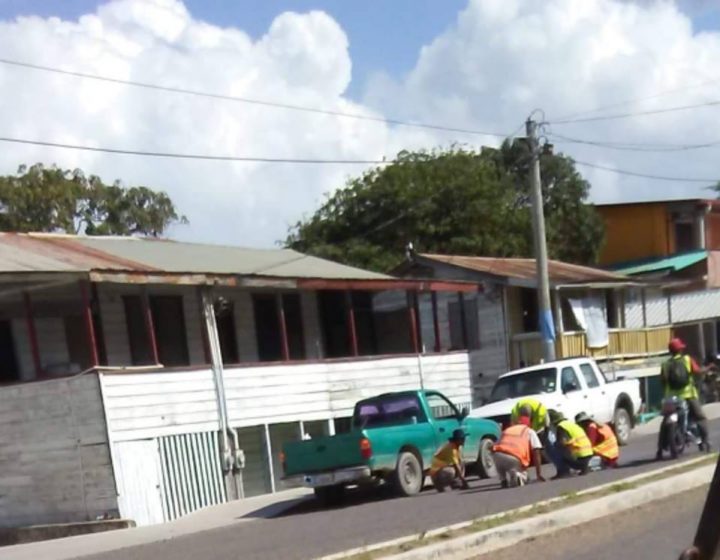 The contract was awarded to Belize Roadway Construction Ltd. in the amount of BZ $6,968,955.40 to carry out the drainage and pavement rehabilitation works in Santa Elena.

The rehabilitation of the road is being done in portions. The portion from La Loma Luz Boulevard to New Flags store has been open to vehicular traffic upon completion.

The contractor is now working on the portion  between Social Security and the Hawkesworth bridge.

However, residents have noted that the newly paved portion between New Flags store and Social Security is undergoing ‘maintenance’ or  patch-work.

Workers are currently trying to fill in the areas where the road is being broken in.

This is not an unusual case since some newly built cement streets in Santa Elena town are already cracking up.

The road will be inaugurated upon completion.