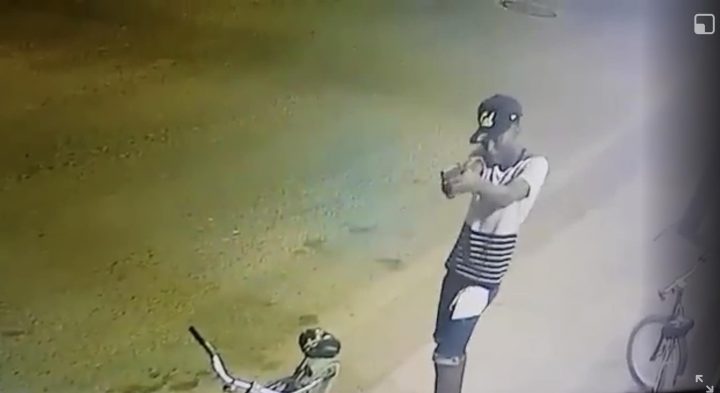 By BBN Staff: He was caught on camera trying to shoot several men but his firearm jammed.

But in court, Kelvin Gongora, 19, pleaded not guilty to the charge of aggravated assault.

On Friday night Gongora stood outside of Taste Restaurant and took out a firearm and pointed it at one of the men leaving the establishment.

He squeezed the trigger but the gun jammed.

He then pointed it at the group of men inside the establishment but again the weapon jammed.

Surveillance footage captured him running from the area afterwards.

Gongora is reportedly an affiliate of the Ghost Town Gang.

His uncle is, Clay Monsanto, one of the former reputed bosses of the gang.