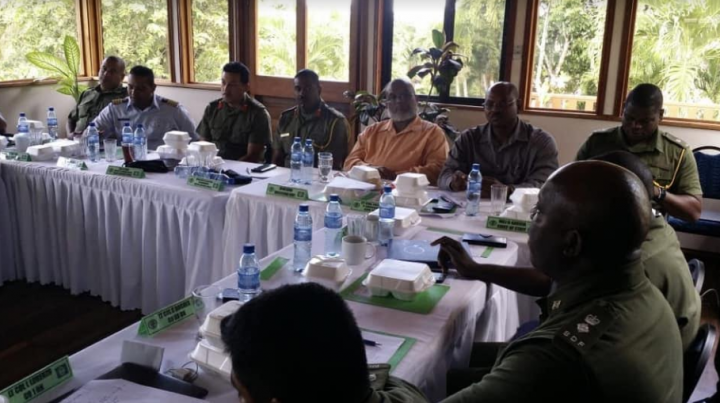 Saldivar and his Chief Executive Officer in the Ministry, Retired Lieutenant Colonel Felix Enriquez, joined Commander of the Belize Defence Force (BDF) Brigadier General Steven Ortega at the Log Cabin in San Ignacio for the event.

Apart from highlighting the BDF’s accomplishments since the last conference and reviewing the tactical and operational challenges faced by the armed forces in achieving their objectives, the conference was also used to discuss and develop ideas and strategies to overcome their challenges.

“The conference also seeks to identify key issues that are faced by officers and soldiers within the ranks of the BDF and issue guidance and incentives for the future,” the Ministry of National Security said today.

Attending the conference is one of several activities that Saldivar has been involved in since Prime Minister Dean Barrow rejoined the Ministries of Defense and Home Affairs back in March and restored Saldivar as the Minister for both ministries under a new name:

The Ministry of National Security. Saldivar had previously been stripped of the ministry with responsibility for the Police Department after it was made public that he had ties to accused murderer William “Danny” Mason.